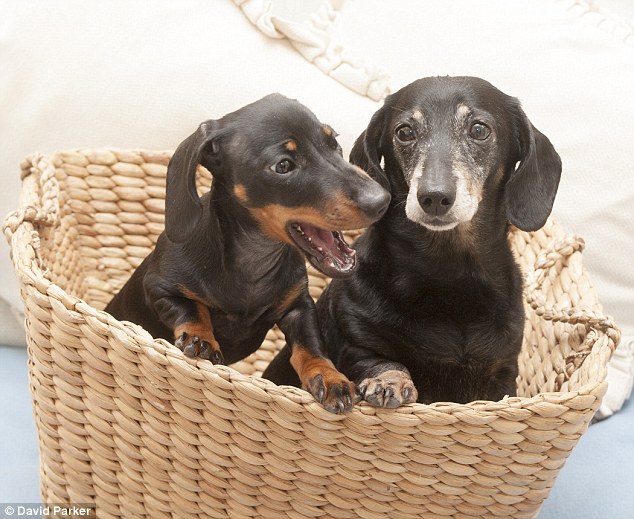 Winnie-Minnie (left) was created from a skin sample taken from her genetic “mother,” Winnie.
Photo via dailymail.co.uk

We’ve posted before about people who clone their dogs (see here), but this is the first time we’ve been given such an up-close look at the cloned dog next to its genetic “parent.” A woman in England, Rebecca Smith, won the opportunity to have her beloved, 12-year-old Dachshund, Winnie, cloned by a company in South Korea. The process would normally cost more than $100,000.

A skin sample from Winnie was flown to Sooam Biotech Research Foundationin South Korea, where scientists implanted cells in a donor egg. After fertilization, the egg was implanted in a surrogate mother.

It’s a fascinating story that raises questions of ethics, heredity, and the desire to “replace” a beloved dog. What do you think?

Click here for the full story and lots more photos.