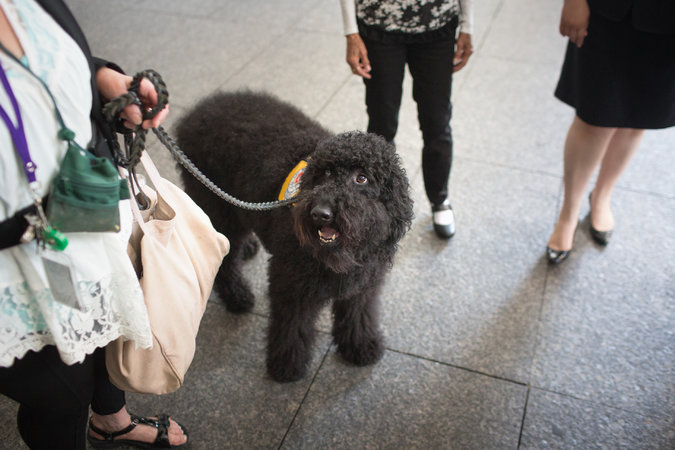 Paz the therapy dog was allowed to help an adult witness testify in court this week.
Photo by Kevin Hagen for The New York Times

When a 30-year-old woman testified about a horrible crime in which she and her daughter were victims in a Brooklyn courtroom on Tuesday, history was made. As she described the traumatic events of the crime, the woman reached out and hugged a 5-year-old Australian Labradoodle named Paz—her therapy dog. Throughout the trial, Paz had been relegated to waiting outside the courtroom, but things were different this time:

But on Tuesday, Paz was lying next to the woman, as a result, a spokesman for the Brooklyn district attorney’s office said, of a recent court decision that allows therapy dogs to accompany children in courtrooms in New York. When the prosecution asked Justice John G. Ingram for permission to have Paz in the courtroom on Tuesday, he allowed it.

This is a great step forward for allowing these caring animals to help people endure such difficult situations. Let’s hope we see a lot more of this.