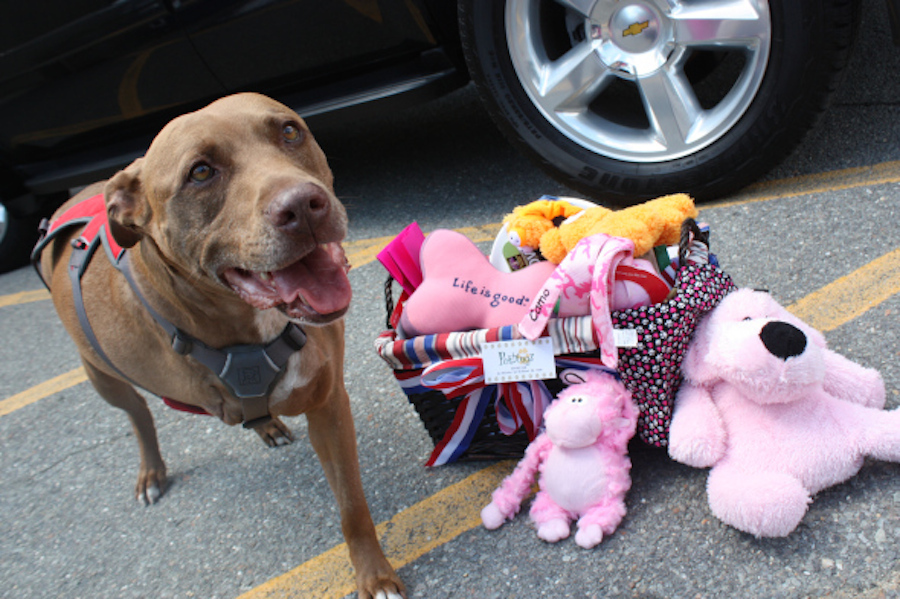 Lilly saved her owner from a freight train.
Photo via huffpost.com

It’s Pit Bull Week on the Huffington Post, and today’s post offers stories of sixteen dogs who performed acts of heroism in the service of humans. Even without considering the “Pit Bulls are misunderstood” angler, these are great tales of the loyalty, bravery, and devotion that any dogs can exhibit. But the fact that these are dogs whom many would consider “dangerous” adds to the importance of spreading the word.

One late evening in May 2012, a freight train conductor riding in Shirley, Massachusetts saw the silhouette of a person and a dog on the tracks ahead. He radioed for the train to stop, but could tell there wasn’t going to be enough time. Christine Spain had tripped on the tracks while walking her dog, Lilly, and fell unconscious. The conductor saw that the silhouette was moving — Lilly was attempting to pull her immobilized owner off the tracks. As the train passed over the pair, the conductor claims to have felt a thump. When he was able to safely exit the train, he found Spain unscathed; Lilly had covered her owner and took the hit for her.

The other fifteen tales are equally inspiring.