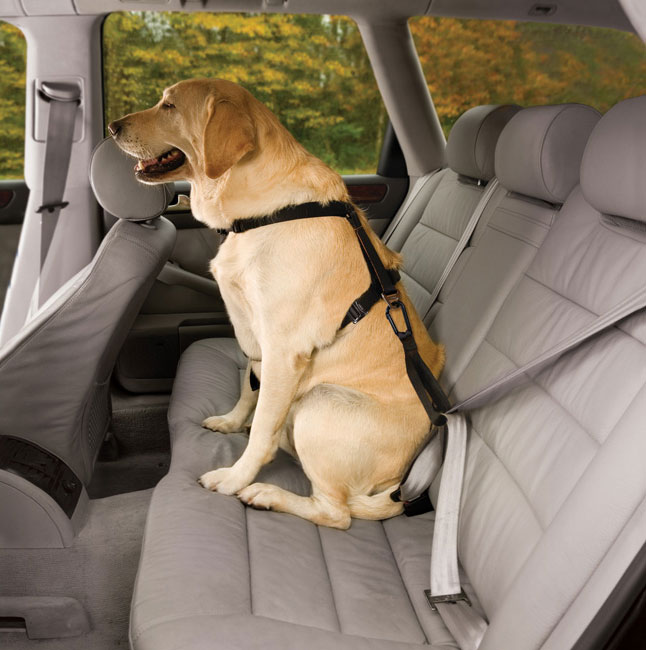 You’ll feel safer and more confident on the road knowing that your best friend is buckled in.
Photo via orvis.com

The holiday travel season is upon us: millions of Americans will soon head to destinations near and far for family celebrations, and for many the family includes the dog. Do you routinely restrain your dog in the car when you hit the road? If you’re on the fence about it, chew on these facts:

1. It’s not fuzzy dog math: restraining your dog is about simple physics.

The most compelling reason to keep your dog safely restrained for trips in the car—to the neighborhood grocer or across the country—is one you’ve probably known for much of your life. Remember Newton’s First Law of Motion from high school physics?

“An object at rest stays at rest and an object in motion stays in motion with the same speed and in the same direction unless acted upon by an unbalanced force.”

In this case the object in motion is your car, with your dog perched contentedly on the back seat, his nose pressed against the window glass as he surveys the scenery whirring by; the unbalanced force is your car coming to an abrupt stop when you brake hard to avoid the kid who just darted in front of you from nowhere. In short, your unrestrained animal is now a projectile, an object in motion awaiting his own unbalanced force.

The outcome could be merely a surprised mutt who was stopped clumsily by the front seat, a little dazed, maybe a bit bruised, but none the worse for wear. Count yourself lucky and get on with your day. But depending on the speed you were traveling and his whereabouts in the back seat he could also be thrown through the car’s windshield, to say nothing of injuring you or your passengers mid-flight, or even people outside the vehicle. Perish the thought.

Here is a wake-up call backed by physics:

This scenario—a loose dog in the car during an abrupt stop or a minor accident—is but one powerful reason to restrain your dog every time you climb in and invite him along for the ride, whatever your destination. 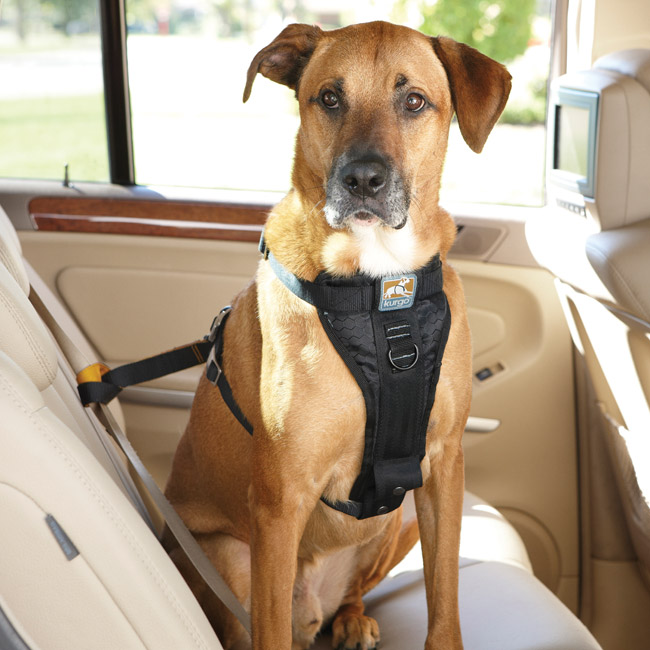 A restrained dog is less of a distraction to the driver.
Photo via orvis.com

2. Driver beware: your unrestrained dog is a distraction.

In most states it’s against the law to text while you’re driving—in recent years the dire consequences of distracted driving have come to the fore, with laws on the books nationwide to penalize this practice. The most dangerous distraction in your car may come on four unrestrained legs. If you don’t buy into this at first blush, consider the following:

In a AAA survey of drivers across three states, many reported actively engaging with their unrestrained animals while driving:

The National Highway Transportation Safety Administration (NHTSA) reports that diversions lasting more than two seconds increase your risk of crashing. Unrestrained, even the best-behaved dog can easily distract you for longer than that.

3. Danger Dog: after an accident your unrestrained animal remains a big problem.

In a survivable accident a loose pet is still at risk for harm, and she may put emergency workers at risk:

An injured dog is often a fearful dog, and fearful dogs may become aggressive, hindering the efforts of emergency personnel or the good Samaritan trying to help you. The same dog may even show aggression towards you or your passengers—this is instinctive behavior. Be advised that first responder protocol is addressing a colleague’s injury first in the event of a dog bite, potentially delaying assistance to you and other injured passengers in your car.

For many dogs a road trip inspires unrestrained enthusiasm, but think about restraining him in the car—it’s a simple act of devotion that helps keep your dog safe for a lifetime of adventures on the road with you.