Eric Hough and his pup Smoke are together again, after spending three years apart. The beloved pit bull disappeared from Hough’s Los Angeles home in 2010. But the years of pain came to a joyous end last month when Hough received some unexpected news. Smoke had been located at an animal shelter. . .in Florida.

Thanks to microchip technology, the shelter was able to contact Hough and return the pup to his rightful owner. How Smoke’s cross-country trek transpired is still unknown, but none of that matters to Hough now. The two were reunited yesterday and celebrated with kisses and a Smoke special: teriyaki chicken. 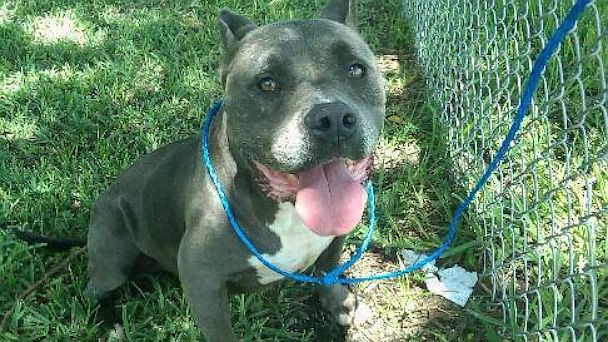 Smoke was reunited with his owner Eric Hough on Sunday, three years after disappearing.
Photo by ABC News