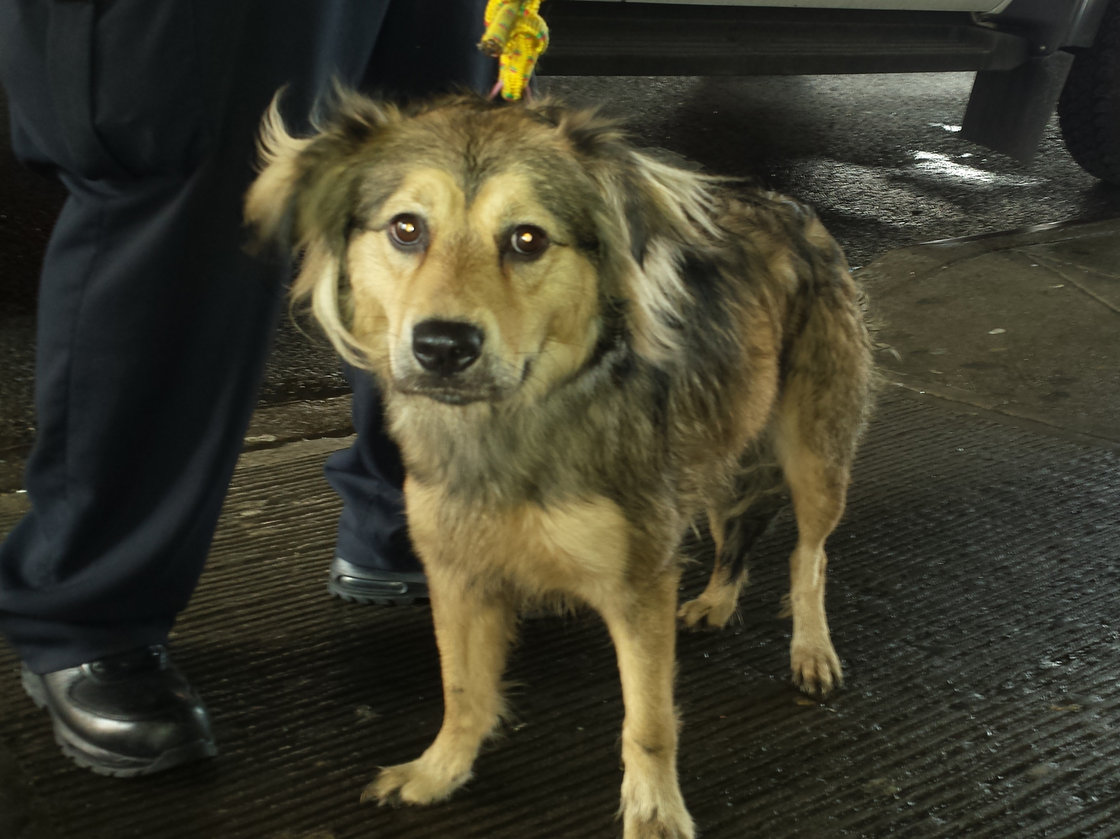 “Tie” has a limp, but seems conspicuously spirited and friendly after her race down the Metro-North Hudson Line.
Photo by Meredith Daniels via npr.org

A great story on NPR saturday morning described the drama on a Metro-North commuter train into New York last Tuesday. When the conductor saw a dog jump onto the tracks and began to race the train, he slowed down to avoid hitting the pooch. Soon passengers were gathered at the front of the car to cheer on the brave little pooch. And when she ran into the arms of two transit officers who had come to rescue her, it was a happy ending for all.

Click the “play” arrow below to hear the NPR story.