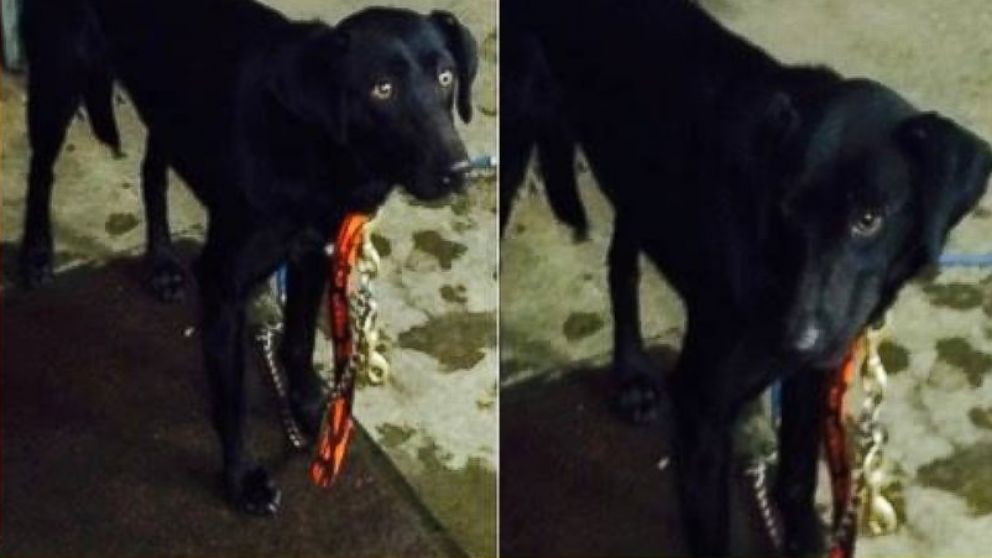 This female Black Lab mix has been roaming the streets of Troy, New Hampshire for approximately three years.
Photo via abcnews.go.co

Two stories in today’s new feature dogs who have lived outside for years but who were in danger of not surviving the tough winter that is plaguing the Northeast. In the small town of Troy, New Hampshire, residents have been aware of a stray Black Lab mix who has been roaming the town for three years. Countless failed attempts to capture the dog have led to her nickname, Houdini, but deep snow slowed her down enough that Tiffany Bennett and her boyfriend, Courtney Davis, were finally able to bring her inside:

“She’s doing well right now, but she needs to be treated for Lyme disease and heartworms,” she said. “She’s eating and approachable, and she loves to be pet. But she’s still scared. She hasn’t interacted with humans in a long time.” 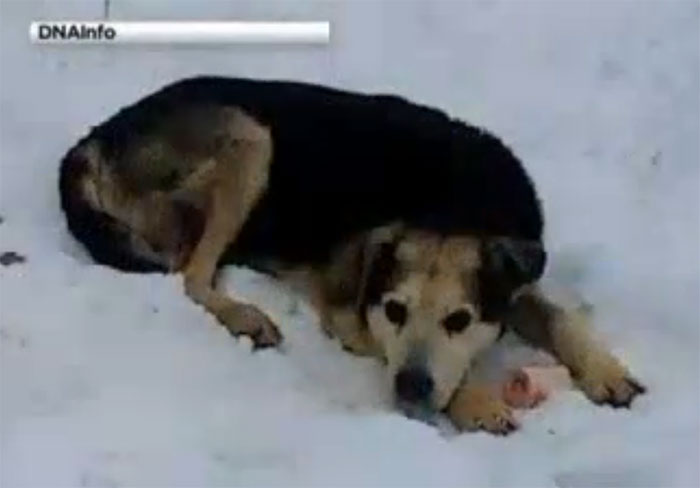 Charlie has been wandering between two Manhattan parks for about a decade.
Photo via nbcnewyork.com

Meanwhile, in New York City, residents of the Washington Heights and Inwood neighborhoods have seen a dog named Charlie or Ricky hanging out in two large parks for a full ten years! Many people have taken care of the pooch by feeding him, but like Houdini, he was adept at avoiding capture. But old age and frigid temperatures finally caught up with him. Luckily, there were caring locals willing to get the dog to a veterinary hospital, where he is getting the treatment he needs.