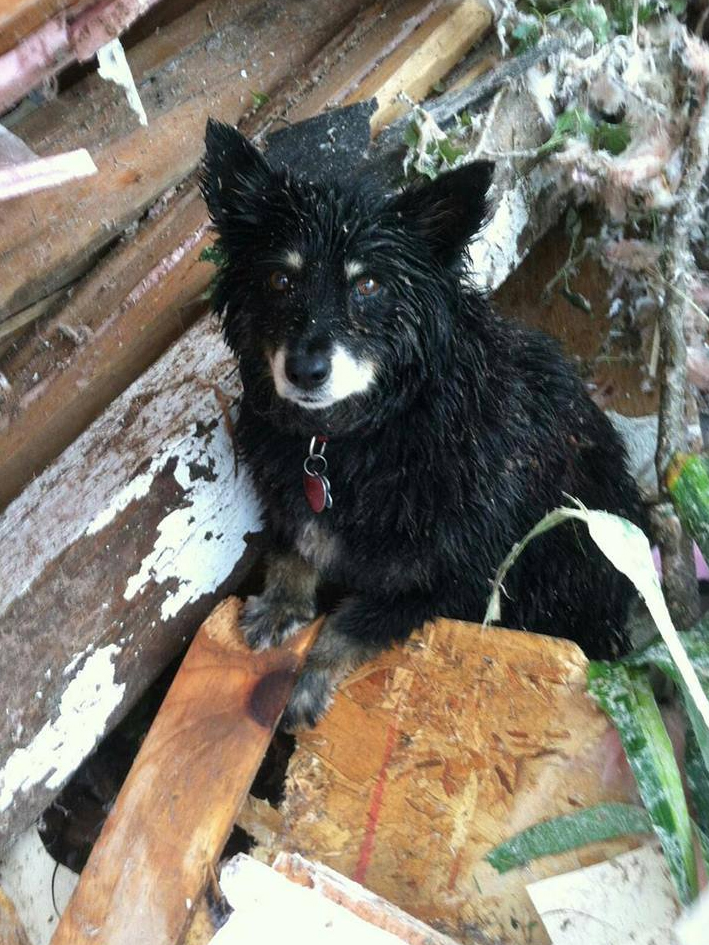 This photo was widely circulated with a caption suggesting that the dog was guarding the body of its owner.
Photo via Facebook

One of the many dog stories to come out of this week’s tragedy in Oklahoma was the tale of a little black dog found guarding the body of its owner. It was a sad story of loss and loyalty. But it turns out not to be true.

(Moore, Oklahoma) May 22, 2013 the Oklahoma County Sheriff’s Office (OCSO) reunited a dog found in the rubble of a tornado destroyed house with its rightful owner. May 20, 2013, after a tornado ripped through the City of Moore, an OCSO deputy searching for victims found a 12-year old Schipperke-Border Collie mix standing guard over a deceased male inside a house in Moore. The deputy convinced the dog to leave the side of the deceased victim, and eventually made sure the pup was taken to an emergency tornado animal shelter.

The OCSO posted the picture of the dog named “Susie” on our social media sites May 20th, and the picture went viral with millions of people looking at the picture.

May 21st the OCSO posted that the dog was likely standing guard over her owner. During the evening of May 21st a woman named Sheila Collins posted on our Facebook page that the dog did not belong to the deceased victim, but belonged to her brother Curtis Collins who had been searching for “Susie.” The deputy who found Susie contacted Sheila and after much determination was able to reunite Susie, and Curtis.

Susie and Curtis live about a 1/2 mile from where she was found by our deputy, and Curtis has no idea why she stood guard of the victim, whom he did not know. It was an emotional reunion between Susie and Curtis, one we were glad to have been a part of.

Curtis has asked that anyone who was touched by “Susie’s” story to make a donation to the Central Oklahoma Humane Society to assist with shelter needs related to the storm.

The fact that Susie wasn’t guarding the body of her owner doesn’t mean this isn’t a touching story. Surely, she stayed in that spot to alert someone that the body was there. And she didn’t leave the person’s side until a Sheriff arrived.

We’re delighted that Susie has been reunited with her owner and hope that they both fare well in the aftermath of the devastating storm. 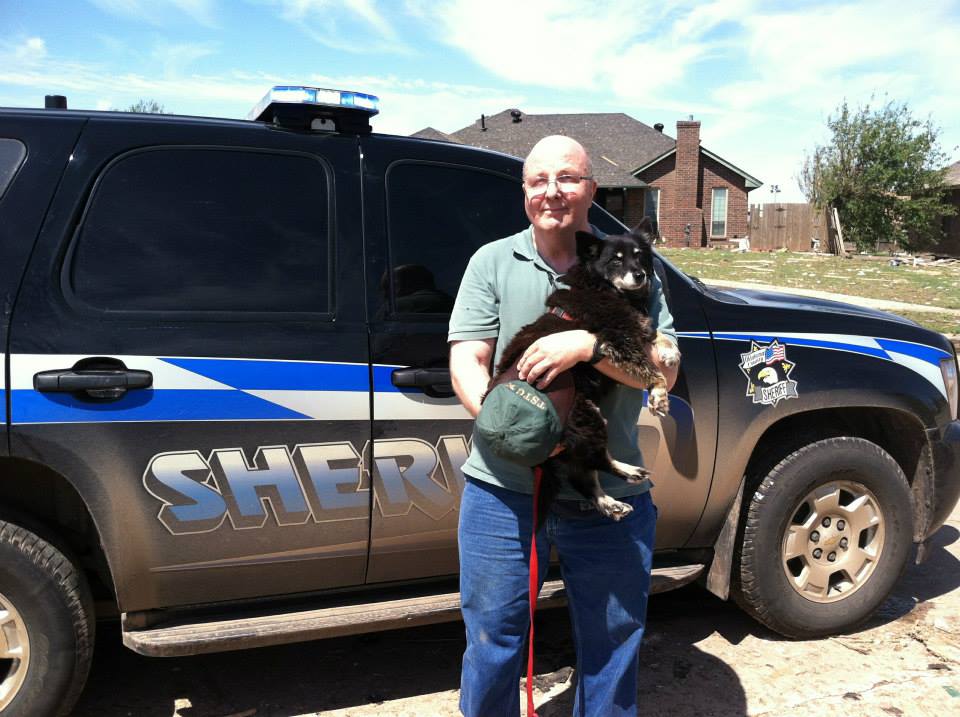 Curtis Collins and Susie had a joyful reunion.
Photo via Facebook