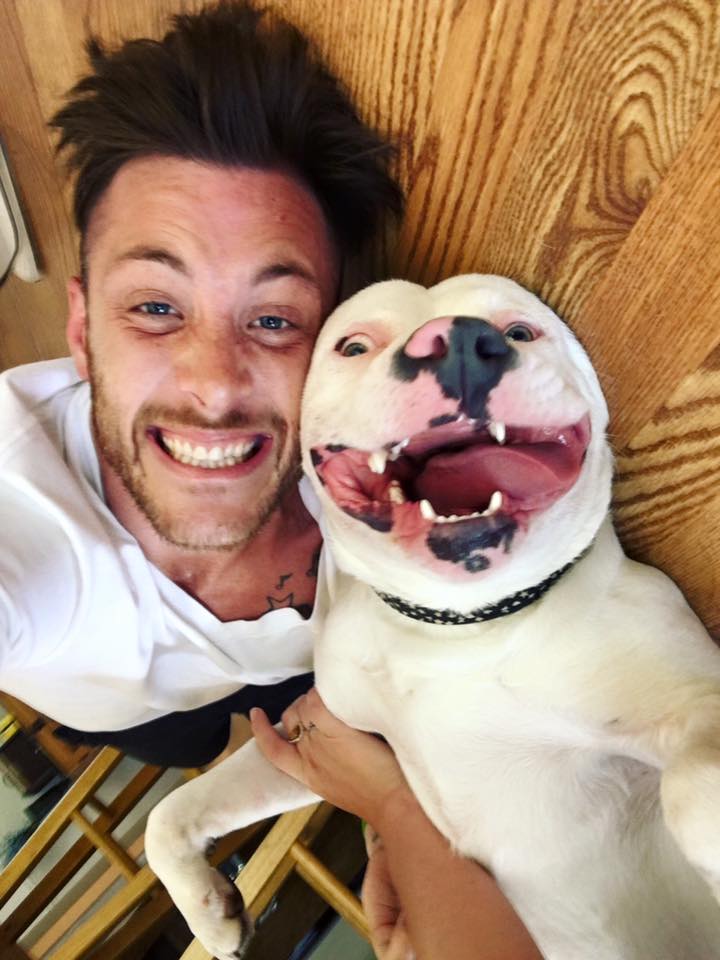 Diggy and his new dad shared a huge smile that went viral. . .but now they are battling to stay together.
Photo via facebook

Last Friday, we posted the story of Sir Wiggleton, the smiling dog, who had captured the hearts of many folks around the world when his new owner posted the photo above. Unfortunately, the dog’s owner lives in a town—Waterford, Michigan—with breed-specific legislation that bans Pit Bulls and some of Dan Tillery’s neighbors complained to police. Officers visited Tillery’s home on Thursday and declared Diggy (as he’s now called) a Pit Bull, based on visual criteria. They informed Tillery that Diggy must be out of town by Monday or the man would face fines of up to $500.

Check out the video of Tillery, who is a musician, and Diggy below. That dog looks vicious, doesn’t he?

Tillery and Detroit Dog Rescue decided to appeal the decision, but when they showed up at the police department to start the process yesterday, Police issued Tillery a citation. Both the rescue organizationa and Tillery maintain that Diggy is, in fact, an American Bulldog, not a Pit Bull. So they took him to a local veterinarian for a determination, and now they have real ammunition in their battle. . . .