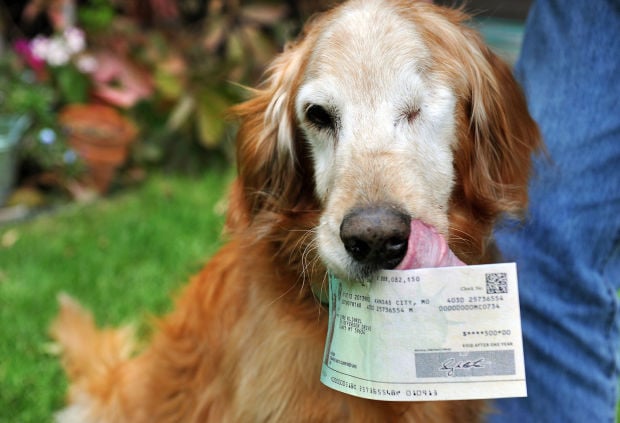 Sundance, the golden retriever known for eating five $100 bills, rejects the taste of the check his owner Wayne Klinkel received replacing the funds consumed by the beloved pet.
Photo via helenair.com

Last April, we told you the cautionary tale of a Montana couple on vacation who stopped at a restaurant and left their Golden Retriever, Sundance, in their car, along with five $100 bills. The poor dog, perhaps upset because he wasn’t getting a meal, chowed down on the bills. Owner Wayne Klinkel was then forced to spend countless hours following the dog around, trying to clean pieces of bills, and figuring out how to get banks to honor the remnants.

Well, five months later, he finally got his reward, as the U.S. Treasury sent a check for $500 to replace the mutilated money.

And even though they had to jump through quite a few hoops to get reimbursed — including grossing out a couple of bank tellers — Wayne said it’s been an interesting experience. After the story first appeared in the Independent Record, where Wayne is a graphic artist, Sundance’s saga has been printed in publications throughout the world, including the Huffington Post and the London Daily Mail.