Should the Beagle be Vermont’s State Dog?
Photo by GLENN RUSSELL/FREE PRESS FILE

Yesterday’s Burlington Free Press—the largest newspaper in our home state—features an article about a movement to make the Beagle the new State Dog. We currently do not have a State Dog, so no breed would be replaced, and the argument for the Beagle is pretty strong:

Sen. John Rodgers, D-Essex-Orleans, introduced the bill Tuesday on behalf of beagle-owning constituents. In a petition, at least 200 beagle lovers and rabbit hunters had endorsed the breed as “very loyal and hardworking, just like Vermonters.”

But, as you might imagine, not everyone sees things the same way here, and there has been plenty of push-back from lovers of other breeds. The newspaper posted the story on its Facebook page and asked the question “What do you think Vermont’s official state dog should be?” and told followers to post photos of their nominations.

As of 10 a.m. today, there are already 255 comments and a wonderful series of dog photos. As you’ll see below, there are plenty of votes for “rescue dog.” 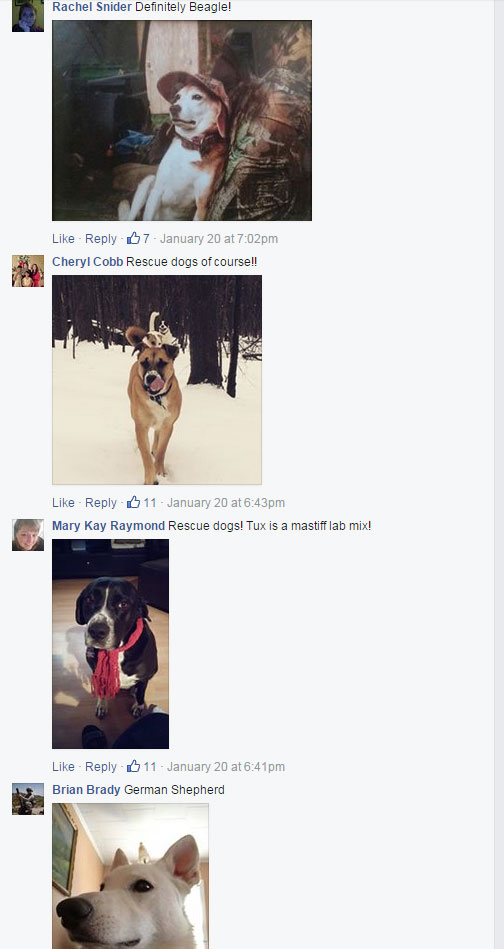 2 thoughts on “Vermonters Offer Their Choices for State Dog”