Folks who live in Cleveland Heights, Ohio, saw him for months: a little black dog who seemed to own the streets. No one knew where he came from, and he was capable of disappearing in an instant. Eventually, two local women decided to try to capture what had become known as simply The Little Black Dog, but this proved more difficult than anyone imagined:

Critchlow first caught a glimpse of the Little Black Dog as he sprinted past her home during the Fourth of July weekend.

“I wasn’t sure that it was even a dog because he looks like almost like a little black fox. But he runs like a little coyote,” she said.

On the website NextDoor.com, a social posting board, Critchlow and others posted their encounters and begged their neighbors to keep a watch out for the mysterious dog.

“I am beginning to develop a real admiration for this little black dog and his success at evading capture,” one commenter wrote.

But last week, a Wendy’s double cheeseburger did the trick. Click below to find out how. 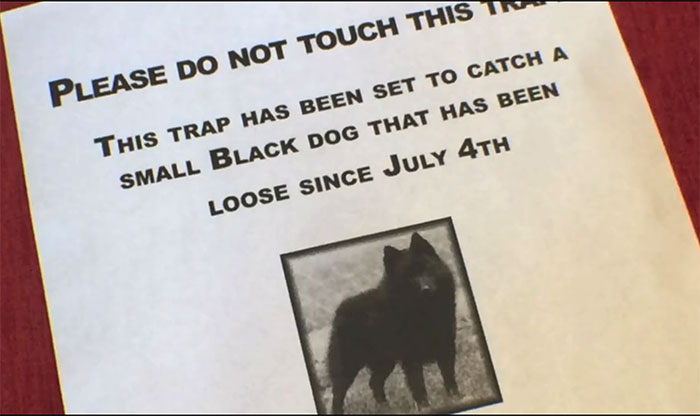