On Friday, we posted about a Washington State prison program in which inmates train dogs. Here’s a trailer for an upcoming documentary series called Castaways, which chronicles “the successful rehabilitation program of inmates training unwanted dogs for re-introduction or adoption, while highlighting the plight that both offenders and dogs face and how an unlikely union brings out a change in character of both man and beast. The results are life changing for the offender, dog and recipient.”

Below is an episode about Esther, a Black Lab rescued from a puppy mill. It’s incredibly powerful stuff.

Click here for more information about the Castaways series. 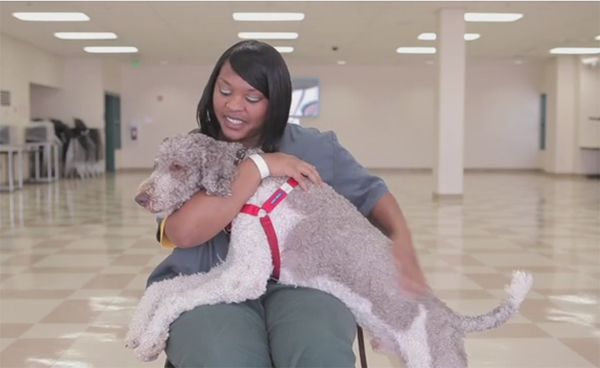 2 thoughts on “Video: A Powerful Documentary Series About a Prison Dog-Training Program”