Warning: This video contains disturbing images
Over the weekend, the annual dog-meat festival went on as planned in the city of Yulin, in southern China. But protesters worked right up until the last minute to save as many dogs as they could. As horrifying as this is to dog lovers, The New York Times reports that sales of dog meat were about one-third of what they were last year, thanks to pressure from protesters, and eh withdrawal of support from the local government:

Some local restaurants removed the word “dog” from their signs, and some local residents held dog meat banquets a week early to avoid the attention of animal rights activists. Seventeen restaurants stopped selling dog meat dishes on their own, and four were barred from doing so by the authorities, while 48 other restaurants continued serving dog, Xinhua reported.

Let’s hope that this is the first step in ending this terrible practice. 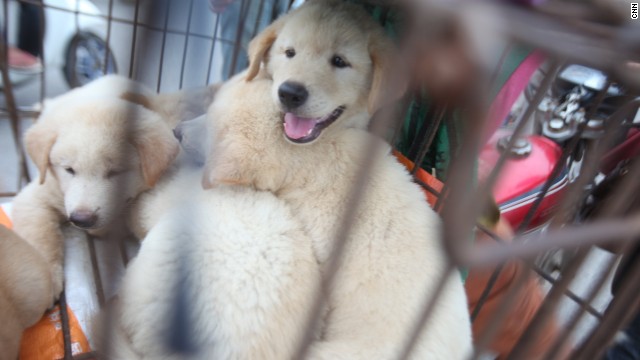