After you’ve seen the beautiful ad put together for Budweiser, this one is like a slap in the face. The website-hosting company GoDaddy attempted a parody of the “lost puppy” genre of commercials, but the response was not what they expected. Here’s an example of the kinds of objections many raised:

“Essentially, GoDaddy is encouraging private breeding/puppy mills while shelter animals wait patiently for their forever homes or worse—to be euthanized,” [Helena Yurcho] wrote. “They are also encouraging purchasing an animal online; the animal could be sold to someone who runs a fighting ring, someone who abuses animals, or to someone who cannot adequately care for the animal. . .”

A wave of social-media outrage came crashing down on GoDaddy so quickly that the company decided to pull the ad before the end of the business day, with company CEO Blake Irving tweeting, “Thank you @animalrescuers for the candid feedback. What should have been a fun and funny ad clearly missed the mark and we will not air it.”

He later posted a much longer explanation of the company’s feelings about the ad and its reception. The company pulled the ad from YouTube and elsewhere and will not air it again. 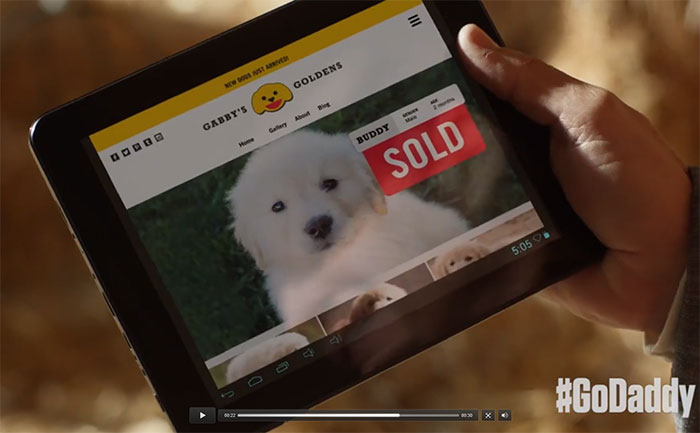