Last Saturday, the Los Angeles Dodgers hosted their annual “Bark in the Park” event, inviting dog owners to bring their best friends to the stadium. Above is a great video from last year’s fall event (there were two Bark in the Parks in 2012) to give you a flavor of what it’s all about. Once inside the stadium, the dogs take part in a parade and a rally meant to built team spirit. Tillman, the skateboarding dog, even “threw out” the first pitch. (He actually ran it from the mound to the catcher.) 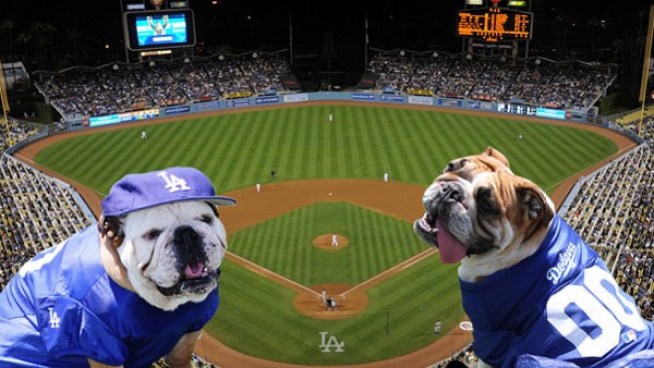 Once a year, Dodger Stadium goes to the dogs
Photo via nbclosangeles.com