We often hear stories about dogs protecting their owners, but rarely is a tale so cut and dried as this one: Wilson the Bulldog literally stopped a murderer in his tracks. Donte Wyatt was on a crime spree in the Atlanta area, and he headed to the home of Adra Wilson, who was home alone. Wyatt had already killed one woman at a home nearby, and he seemed to be intent on repeating the crime. But he didn’t count on the brave bulldog who would stand in his way. . . 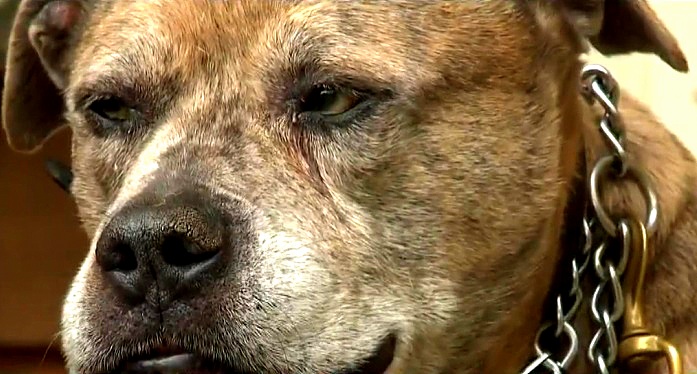 A Bulldog refused to let the murderer upstairs and drove him into the basement.
Photo via lifewithdogs.tv

One thought on “Video: Brave Bulldog Protects His Family from a Murderer”