Here’s a clip from a TV show called The Diamond Collar, which has an odd premise: it features a former mafia enforcer whose life was changed by an encounter with a stray dog. James Guiliani turned his life around and now runs a high-end dog-grooming parlor in Brooklyn, as well as rescuing abused and abandoned animals throughout the borough.

In this clip, James is returning a dog to its owner who had given him up, believing that she had a respiratory condition that meant she could keep Buddy. She later found out that the diagnosis was wrong, and now she wants her pet back. In the meantime, though, James and his family had fallen in love with the pooch. It’s a bittersweet story with a happy ending. 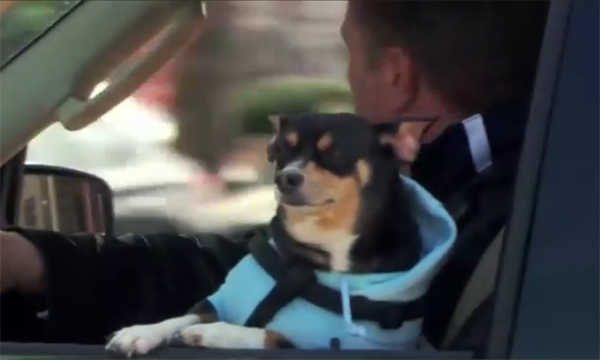