A dog-loving entrepreneur near Barcelona, Spain, has built a new addition to his five-star resort just for canines: a dog-specific water park. The Resort Canino Can Jane, in the town of Roca del Valles, charges about $16 per dog, and the owners can swim with them.

Manager Federico Cano said he had seen a resort that allowed dogs to swim alongside humans, and he decided to take it one stage further by making a resort that was only for dogs.
He said: ‘I don’t see why dogs should not be allowed to enjoy a swim when the weather gets hot just like people can – especially here in Spain where it gets really hot. 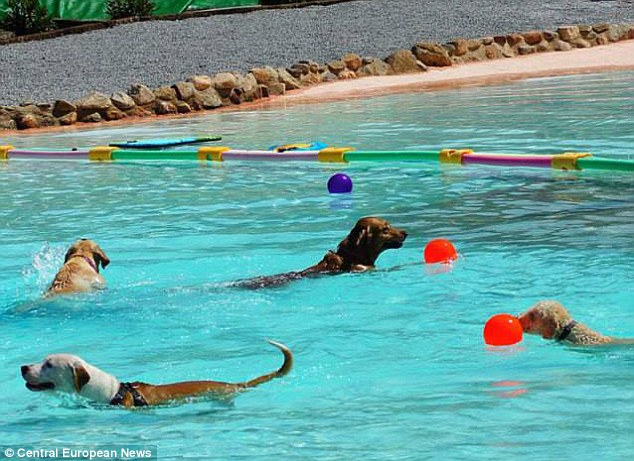