A Utah family is especially thankful for their diabetic-alert dog, Hero, who seems to be able to sense changes in his little girl’s blood sugar from long distances. Four-year-old Sadie was in school, some five miles from home, when Hero began to alert Sadie’s mom, Michelle, in the same way that he would if Sadie were home. Incredulous, Michelle called the school, and sure enough, the little girl’s blood sugar began to plummet.

Sadie’s principal, Caroline Knadler, was surprised to hear what happened.

“I’ll be honest, it kinda blew my mind,” she said. “We’re here and the dog is way over in Pleasant Grove.”

Caroline is also a type one diabetic and has seen Hero in action when he alerted on her during a parent-teacher meeting when her blood sugars started to drop, but she says this seemed unreal.

Is this something unexplainable, or could it be possible that Hero’s senses extend that far? Perhaps science has much to learn about how a dog’s sense work, but in the meantime, Sadie’s family is eternally grateful to have such a dedicated pup helping them out. 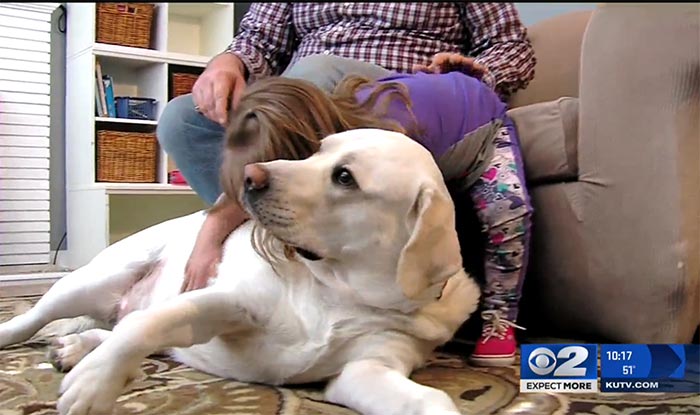