Joey was found wandering the streets of Orange County, California only three months ago. He was picked up by OC Animal Care. His hair had been heavily matted and dirty from neglect. He was found at a common dumping ground for dogs, so likely he once had a home. His disposition seemed almost feral having spent so much time without love and human contact. People just don’t look at dogs at the shelter that seem fearful, aggressive or “ugly.” The likelihood of adoption in his condition were slim to none.

OC Animal Care teamed up with the nonprofit Hollywood Rescue Grooming to come out for one day to groom as many dogs as possible in hopes of getting them adopted. After Joey was groomed, he was visibly relieved. He was finally free of his painful, matted fur and receiving attention that he had longed for – for what seemed like ages. His transformation was not just on the outside but reached within him as well.

That day, Hollywood Groomers cut, groomed, spruced and glammed up 56 dogs and since then all have found homes, including Joey.

Every dog deserves a second look, a second chance and a second home! Please share Joey’s story to inspire everyone to #adopt

PAWsitive is a YouTube channel that brings you original, inspirational, heartfelt animal stories filmed in and around Southern California. PAWsitive supports our local shelters, rescues, fosters and wildlife rescuers. 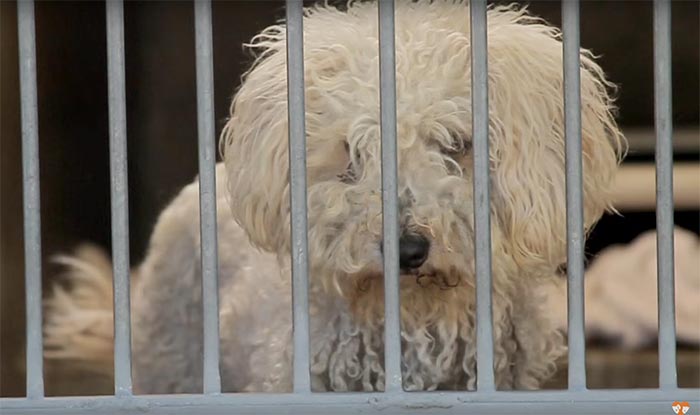