Here’s an amazing story from California, where a Golden Retriever who had been missing for almost two years turned up at a campsite less than five miles from where she had disappeared. Five-year-old Murphy disappeared on October 26, 2011 while camping with the Braun Family in the Tahoe National Forest. She had been sighted a few times since, but no one had been able to catch her. But earlier this month, after the Brauns got a call that Murphy had been sighted again, they tried a new tactic:

After multiple days looking for her without success, we left her bed and our clothing behind with the campground host, in the hopes that she would respond. A week went by and we got a call from the campground host who was able to coax her into a kennel after she had been sleeping every night on the blanket and clothing that was left behind. We were reunited with Murphy, on Sunday afternoon – Father’s Day!

Murphy is now safe at home and on the road to recovery. How she managed to survive for so long in the wilderness is a mystery. 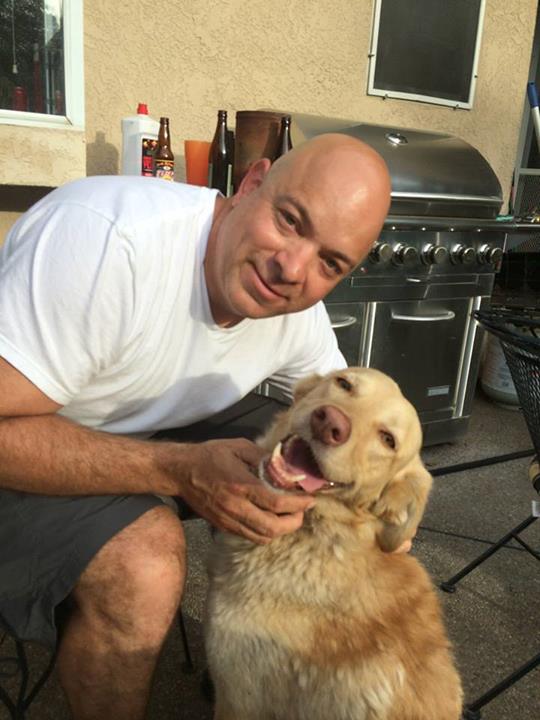 Nathan Braun at home with Murphy.
Photo via Facebook