A Massachusetts woman is crediting her dog with scaring away a knife-wielding attacker on a street in Saugus, Massachusetts, last week. The woman was running, along with her dog, when a man appeared out of nowhere and grabbed her. What happened next was terrifying, and were it not for Rosei, it’s anyone’s guess how this story would have played out. . . . 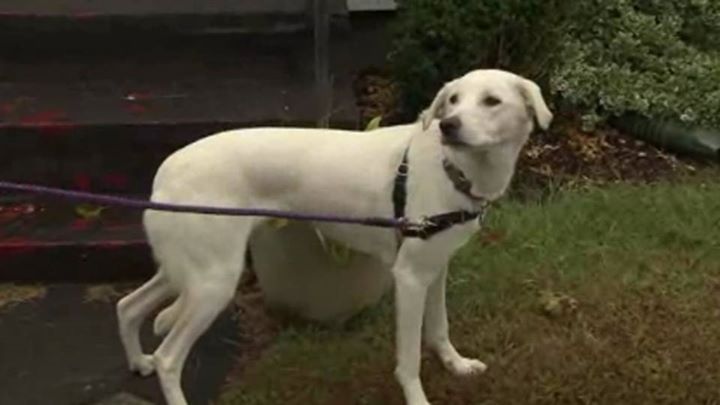 Rosie refused to let her owner be attacked on the street near her home.
Photo via Facebook