This is hilarious: a little dog refuses to step through an open door because it has obviously attempted to walk through the actual glass door in the past. And that hurts! So even though his owners call him, he refuses to enter until one of his owners pantomimes the motion that lets him know it’s safe to enter. 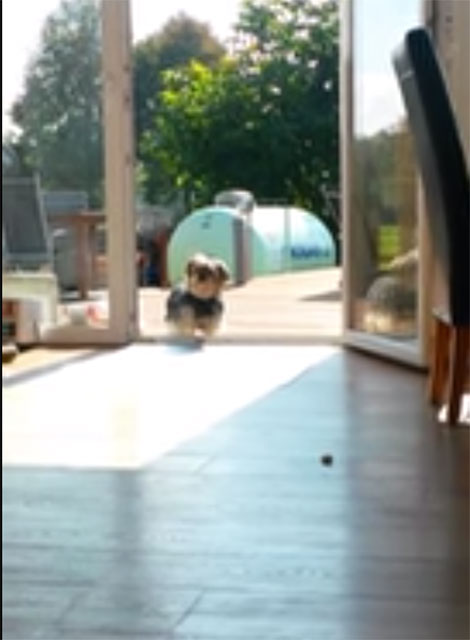