The latest video from Eldad Hagar of Hope for Paws, he and his friend Lisa team up with a man named Michael, who has spent weeks trying to help a stray Pit Bull. Their initial attempts to nab Veyron fail, as the dog is very wary of Eldad. They end up crawling through trash-infested thickets alongside the freeway, finally cornering him in a precarious spot. . . .

This rescue took a lot of work and was one of the more physically demanding projects we’ve seen Eldad embark on. As always, the reward of watching until the end is to see the scared, lonely dog transform into a happy, healthy pup. Wait until you see where he ends up living! 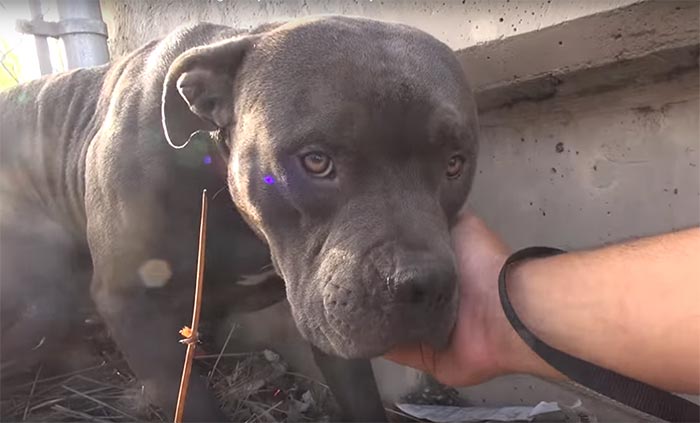