Last month, we posted about the tragic deaths of 23 dogs at a boarding facility in Gilbert, Arizona. (See here and here.) Sadly, those who lost beloved pets are still waiting for answers and for someone to take responsibility for the terrible event.

But they are not sitting idly by. To honor their lost dogs, a group called the Gilbert 23 raised more than $13,000 to fund a huge adoption event focused on dogs slated for euthanization. In total, some 61 dogs were adopted out as a result of the group’s funding:

“We’re just excited to see the dogs leave a legacy for others that died,” said Shannon Gillette. Gillette lost two golden retrievers in the Green Acres incident, and spearheaded the campaign to save the dogs.

What a great way to pay tribute to the dogs who died: by giving the fit of life to others.

Click here for the full story and more photos. 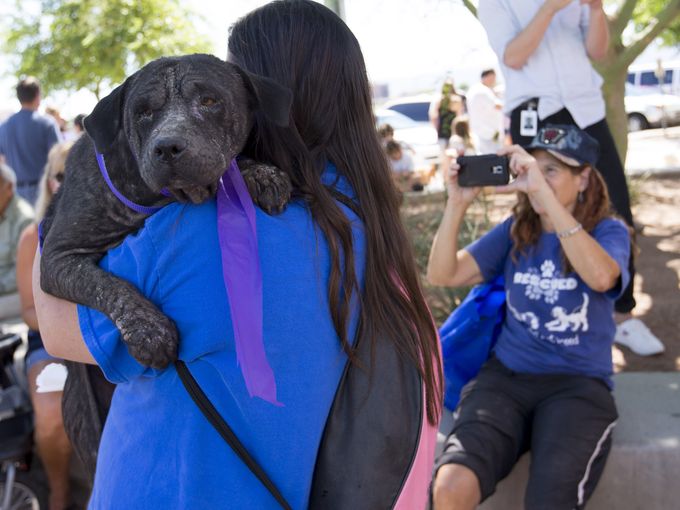 The dogs that were adopted would have otherwise been euthanized.
Photo via lifewithdogs.tv

One thought on “Video: Families Who Lost Dogs in Arizona Tragedy Band Together to Save Lives”