Here’s a touching story of how the family of a fallen Marine is reconnecting with their son by adopting the bomb-sniffing dog who was with him in Afghanistan. Staff Sgt. Christopher Diaz was killed by an improvised explosive device on Sept. 28, 2011. Diaz’s father, Salvator, asked if the family could adopt Dino, the dog who worked alongside their son. Initially, the military refused because Dino was still young enough to continue serving.

But in an emotional ceremonay at Camp Pendleton, California, on Saturday, Dino was officially discharged and presented to the Diaz family. 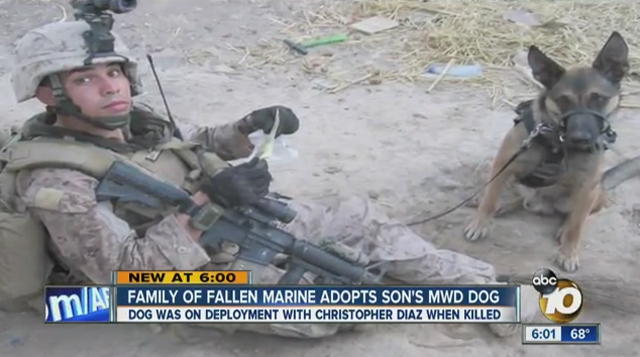