When off-duty firefighter Tim Tawater came upon a house in White House, Tennessee, engulfed in flames, he naturally stopped to help. The local fire crew hadn’t yet arrived, and bystanders were simply watching the house burn. Tawater ran inside to make sure no one was trapped, and then ran back out. That’s when he saw a dog standing in the doorway. When Tawater approached, the dog ran back inside the burning building. And that’s when the 20-year veteran of the Nashville Fire Department leaped into action again:

“If someone has a dog that big in the house, it means that dog is family,” he said, adding that the dog, a bouvier des Flandres, weighed roughly 85 pounds.

“I couldn’t do anything about the property, but I could save that dog. I thought it was worth a chance,” he said.

His act of heroism was captured on video, which also picked up the obnoxious comments of other bystanders who couldn’t appreciate Tawater’s bravery. 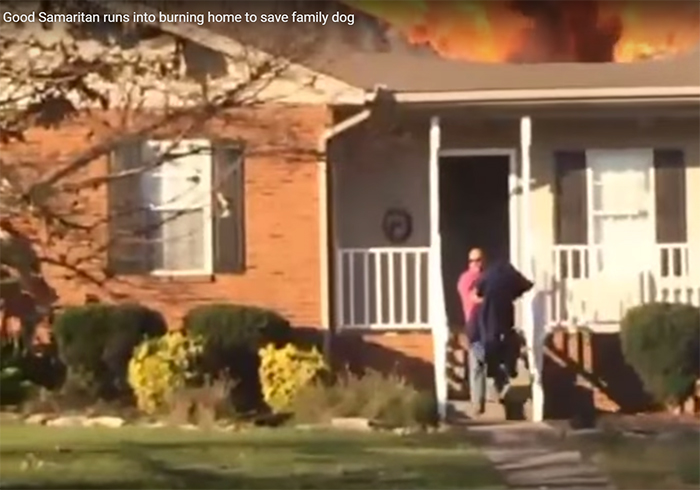