Firefighters responded to the fire in Federal Heights, Colorado yesterday, where they found two dogs:

Through the heavy black smoke, a Labrador retriever emerged. Firefighters say that dog appeared to be in good condition but an older chocolate lab inside did not look so good. Her “limp” body was removed from the apartment as neighbors who knew the dog looked on. She was treated with oxygen and therapy designed specifically for animals. After a few tense moments, she began to move.

These brave men don’t have to put themselves in danger to save dogs, but the often do. The injured dog was taken to an animal hospital, where it is alive but in critical condition. Let’s hope this story ends well. 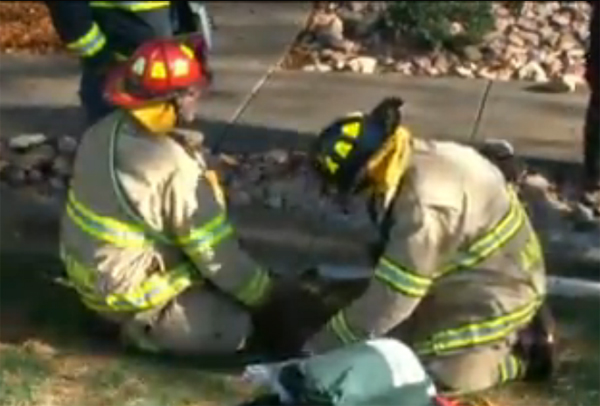