Julie Caitlin wondered why her one-year-old Maltese, Sophie, kept getting out of her kennel. Was Caitlin forgetting to close the latch or doing it incorrectly? So she set up a camera to see what was happening:

I recorded this to make sure that I wasn’t forgetting to latch Sophie’s kennel after I stuck her in it – I kept noticing her running around with our German Shepherd Twitch soon after I would stick her in it. Turns out, I was latching it, but Twitch just figured out how to not only open it, but also figured out it was easier if he took the towel off as well.

Twitch, the 6-1/2-year old German Shepherd couldn’t stand to see his playmate stuck inside, so he took matters into his own hands. 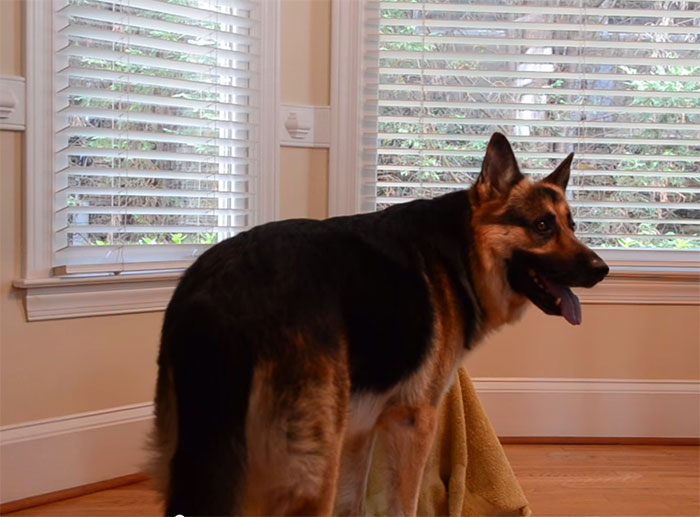 One thought on “Video: German Shepherd Sets His Buddy Free”