A young woman walking along a riverside path along Washington’s Cowlitz River was shocked when a shirtless, shoeless man jumped out of the bushes and tried to grab her cell phone. But Kelsey Short wasn’t alone: she had two dogs with her, and one of them leaped into action. Zug, a Labrador mix whom Short had rescued from a shelter in 2011, bit the attacker twice, driving him off. Police are still on the lookout for someone suffering from bits on his arm and back.

Short said her dog is getting extra attention for his heroic efforts. “He’s definitely been getting a lot of treats and belly rubs,” she said. 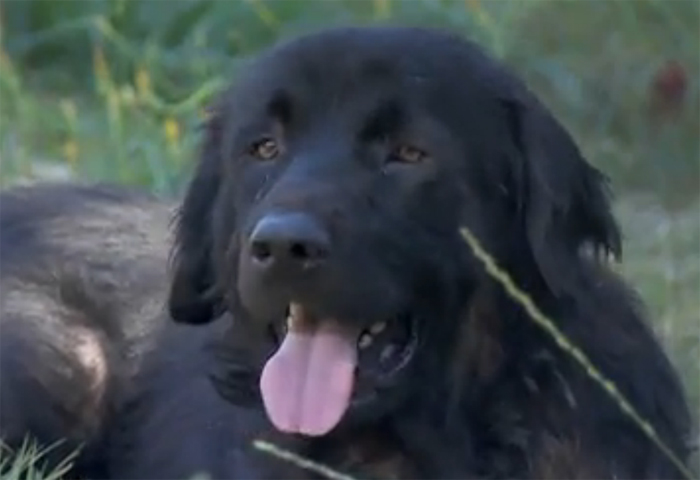 Zug the rescue dog certainly repaid his owner in kind.
Photo via katu.com

One thought on “Video: Hero Dog Saves Jogger from Attack”