Police dogs spend most of their time trying to apprehend bad guys, but once in awhile, they are called on to do a real a rescue. This was the case on Saturday, when Copper—a Bloodhound who works for the West Valley City, Utah—led his handler to an open manhole and six-year-old Kollin Bailey. The boy had been missing for three hours, and his parents were frantic, but Copper was able to save the day. Kollin’s dad promises that Copper will be receiving the biggest bone in the world for Christmas this year. Good boy! 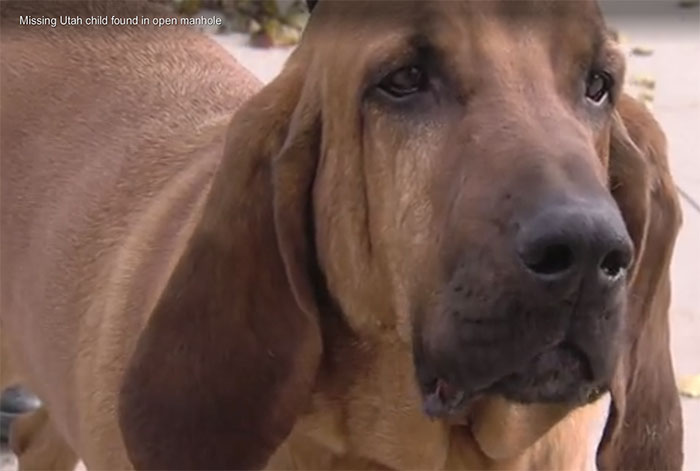