By now, Orvis Dogs blog readers shouldn’t be surprised by stories such as this one, since we try to raise awareness of these issues when they arise, but the timing of these circumstances beggars belief. On Memorial Day weekend, a restaurant manager in Algonquin, Illinois, refused service to a veteran and his service dog. Garrett Loughran—who served in both Iraq and Afghanistan—was going out to lunch with his mom and his service dog, a Labradoodle named Hershey. But the manager of the restaurant not only refused them service, but she had the poor sense to ask what service Hershey provided—a question explicitly forbidden by the Americans with Disabilities Act.

As you’ll see, there are two important lessons here: it is a story about how not to treat someone with a service dog, but also about how corporations should respond when one of their employees makes a mistake. 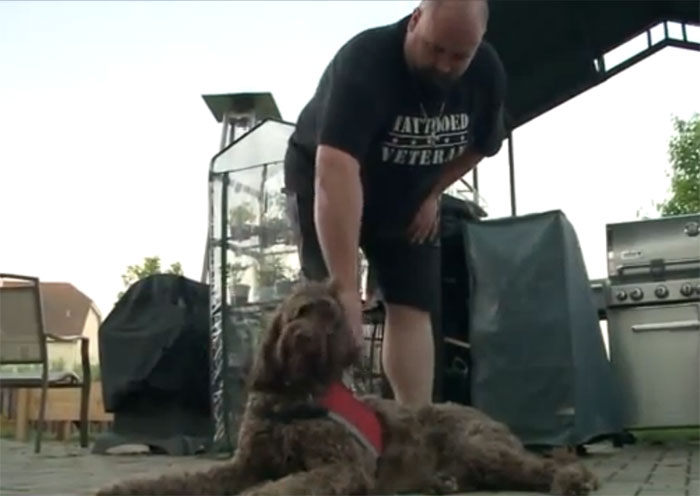 Garrett Loughran and his Labradoodle, Hershey, had a less than ideal Memorial Day Weekend.
Photo via wgntv.com

One thought on “Video: Illinois Vet and His Service Dog Refused Service on Memorial Day Weekend”