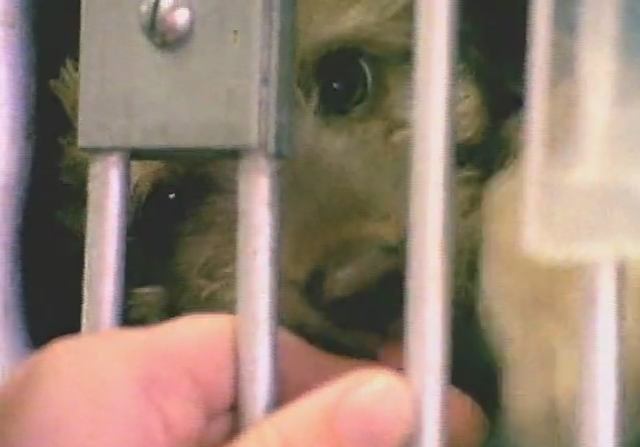 WARNING: The video below contains disturbing scenes of euthanasia.

We talk a lot about working toward a no-kill future, where animals coming into shelters aren’t in danger of being euthanized because they are unadoptable or because there’s simply no room for them. For instance, No-Kill LA is one notable success story in this fight. But the problem remains, and thousands of dogs and cats are euthanized every day in this country. Here are the figures from the Humane Society of the United States:

In the 1970s, American shelters euthanized 12-20 million dogs and cats, at a time when there were 67 million pets in homes. Today, shelters euthanize around 2.7 million animals, while there are more than 135 million dogs and cats in homes. This enormous decline in euthanasia numbers—from around 25 percent of American dogs and cats euthanized every year to about 3 percent—represents substantial progress. We will make still greater progress by working together to strike at the roots of animal overpopulation.

Filmmaker Erik Friedl has put online a documentary he made in 1983 at the Humane Society of Santa Clara Valley, California. Executive Director Warren Brodrick welcomed the filming as an opportunity to enlighten and awaken the public his agency was meant to serve. (A longer version of the award-winning film aired on PBS.)

We know that in the 30 years since this film was shot, the number of unwanted animals being euthanized has dropped precipitously and that there’s been a concerted effort in the rescue movement and in shelters nationwide to rehabilitate, foster and permanently place adoptable cats and dogs. However, the fact remains there are still not enough good homes for all the animals being born and millions of unwanted cats and dogs continue to be euthanized each year.

It’s one thing to talk about what that means for the dogs. It’s quite another to see how it happens. Some of the most powerful statements in this film come from the very people responsible for ending the lives of the animals in the shelter. We post this video not to shock anyone but because it has an important message. It shows how far we have come in 30 years, but it also suggests that, until we live in a true no-kill society, the fight isn’t over.