Last week, firefighters in Oakland, California, responded to a house fire, where they discovered a dog crate in a smoke-filled room. They could see the unconscious pup inside, so they acted quickly:

“During the search they found a dog crate with a dog inside. Search crew brought the unconscious/unresponsive dog outside and E26 immediately started to provide care to the dog.”

“After providing rescue breathing to the dog the Ambulance Supervisor arrived with a snout mask and we are happy to report the dog is doing well!” the Department Facebook page said. “Great job to all members involved!”

Kudos to these brave first-responders who run into the building that most of us run out of and who work so hard to save every life. 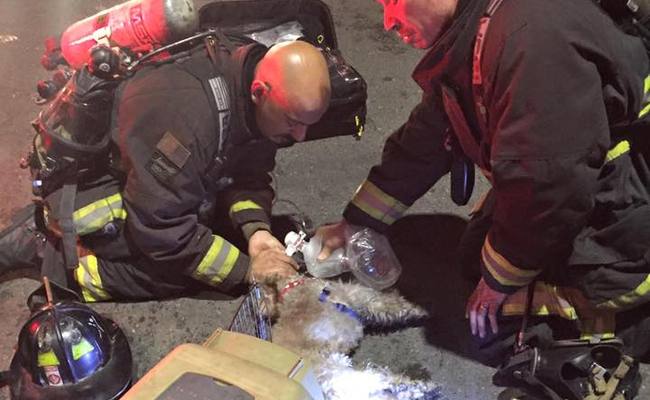 Oakland firefighters work tirelessly to save a dog rescued from a burning house.
Photo via care2.com