Dogs have been used to guard property for centuries, although the practice is certainly becoming less popular. In Ware, Massachusetts, a 21/2-year-old Yugoslav Shepherd named Dino seems to have been trained to protect owner Steve Kolenovic’s business, and in the process of doing so he’s bitten quite a few people.

The debate about whether to euthanize Dino, a 115-pound Yugoslav Shepherd, came after a least a dozen people were bitten. The dog’s owner said those people were trespassing.

“I became aware of two recent bites, and through the dog officer, I became aware the dog has bitten at least 10 additional people,” Healey said.

Owner Steve Kolenovic said the 2 1/2-year-old dog is not dangerous, but protects his territory. He said those bitten were on his private property.

“He’s a family pet,” Kolenovic said. “But he will defend his family and property.”

It seems to me that if anybody should be punished, it should be Dino’s owner. The fact that there was no real fence separate Dino from “intruders” is unconscionable. What do you think? 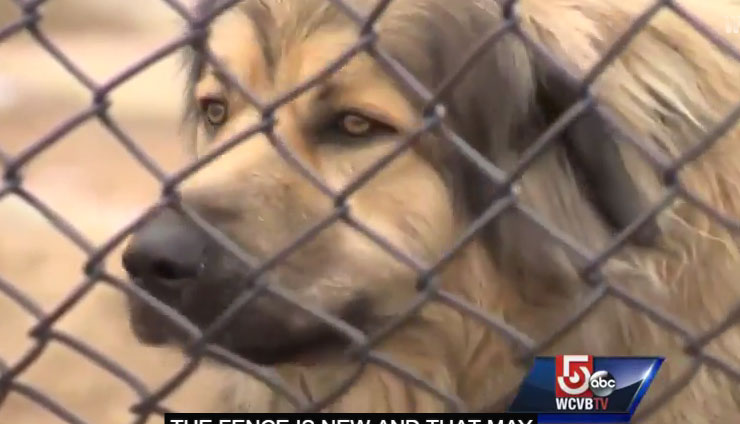 One thought on “Video: Should a Guard Dog Be Punished for Doing His Job?”