Here’s a great story from Georgia, about a paralyzed dog named Bernie who was nursed back to health by a dedicated team of veterinary surgeons and rehab staff. After undergoing surgery to fix a disc in his neck, 12-year-old Bernie did not seem to recover as he should. But instead of giving up on the dog, his owner, Ann Stuart, remained committed to him:

“We might have euthanized him at three months, at which point nobody would have faulted her,” the surgeon said. “We would have all said recovery was not possible. If we did not have that commitment and that time we may never have found out (how much he could recover).”

Bernie is now back on his feet, albeit with a limp, after his year-long ordeal. It’s incredible how Stuart and the rehab team remained so fixated on bringing him back to his old self! 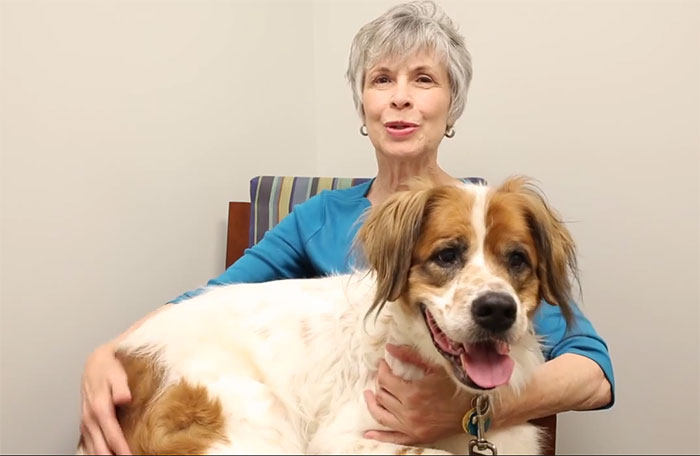 Bernie’s owner, Ann Stuart, sits with him during a visit to his physical therapist.
Photo via gwinnettdailypost.com

One thought on “Video: Surgery Restores Mobility to A Paralyzed Dog”