Here’s yet another dog-in-hot-car story, but this one has a happy and weird ending. When passers-by noted that a little dog was locked inside a van in the hot sun outside a Costco in Plano, Texas, authorities took measures into their own hands:

It’s not often police stand by as someone breaks into a vehicle. But in a case in Plano Sunday, it was to save a life. A little Maltese mix locked inside a van at a Costco with only a cup of rapidly-warming water for refreshment in the sweltering vehicle. Shopper Maurice Sowell captured the break-in on his cell phone.
“Animal Control got permission from their boss to bust out the windows of the van,” he told CBS 11 News adding, “I was hot and I could only imagine what the dog was going through. So I was relieved the dog was able to get free.”

The dog was safe, but when the owner of the van returned, Animal Services workers got a bit of a surprise. . . 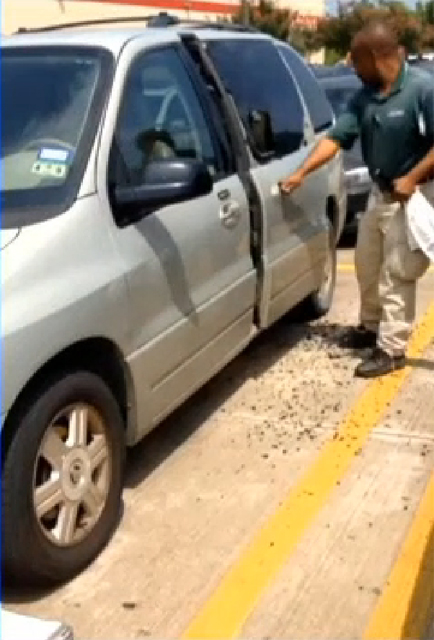