This is simply a mind-boggling story. When the Harris family of Aledo, Texas, took their beloved Leonberger, Sid, to the Camp Bowie Animal Clinic last year, vets told them that the dog was developing a crippling spine injury. In October, they advised that he should be put down. Operating on what they thought was sound medical advice, the family sadly said good-bye to Sid. But then things got weird. . . .

Six months later, a vet tech working at the clinic called the Harris family and told them that Sid was, in fact, still alive and that she had seen him being abused at the veterinary hospital. The reality turned out to be bizarre and hottifying:

[Veterinarian Lou Tierce had] promised to bury Sid on his farm, but instead, he kept the healthy dog in a disgusting, urine and feces filled cage for six months. He allowed Sid to develop mange as he routinely pricked him for the precious plasma blood contains.

The Harrises immediately went to the clinic, where they found Sid being kept in a back room. They took him to another vet, who amazingly said there was never any need to suggest euthanasia for Sid.

The dog is now back with his family, thank goodness.

If these allegations turn out to be true, those vets at Camp Bowie have a lot to answer for, and we hope they’re held accountable. 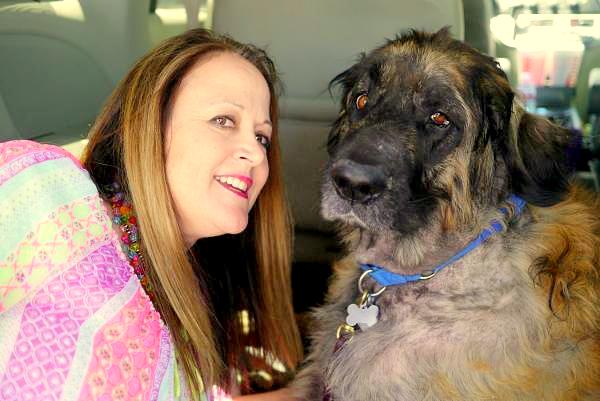 Marian harris is reunited with Sid
Photo via lifewithdogs.tv

2 thoughts on “Video: Texas Veterinarian Keeps Dog Alive for Months as a Source of Blood Transfusions”