Here’s another beautiful rescue video from Eldad Hagar of Hope for Paws:

Savannah was abandoned in a huge park, injured, starved, with a rope tied around her neck. Savannah was so scared, she had her tail tucked between her legs, and Sandy Mays (who initially spotted her) thought she was a male dog.
From there it took a couple of phone calls to make this rescue happen. First Amy called Lauren Lopez who then contacted Lisa Chiarelli and she connected between all of us. 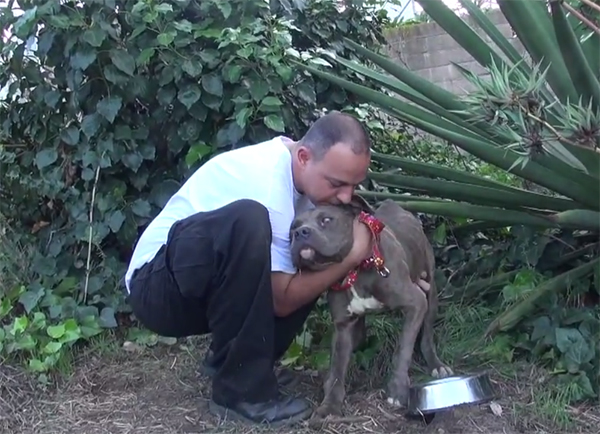