For as long as we’ve been posting about the topic of dogs in hot cars, people have commented that harsher penalties would make people think twice about leaving a dog in a vehicle. Now, a young Virginia woman is finding out that the death of her five-year-old Puggle may cost her more than just the emotional pain of losing a pet:

When firefighters arrived on the scene, they discovered a 5-year-old Puggle locked in an unidentified vehicle. After they were able to enter the car, firefighters unsuccessfully tried to cool the dog down. Officials then transported the dog into the veterinarian’s office inside of the store. There, the dog was pronounced dead.

The dog’s owner, Megan Kurtz Campbell, was arrested and charged with felony animal cruelty. The details of Campbell’s whereabouts and how long she left the dog in the car are still not available, but charging folks with such serious crimes could go a long way toward causing careless dog owners to pay better attention. 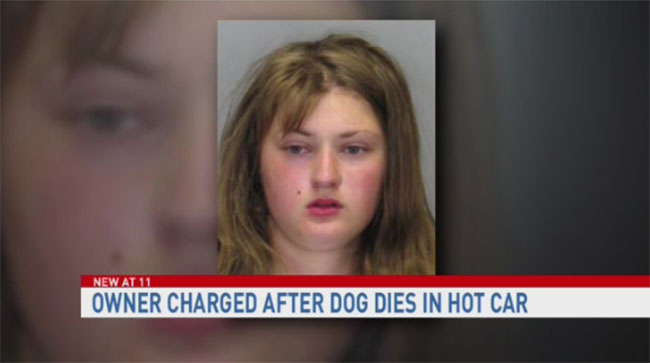