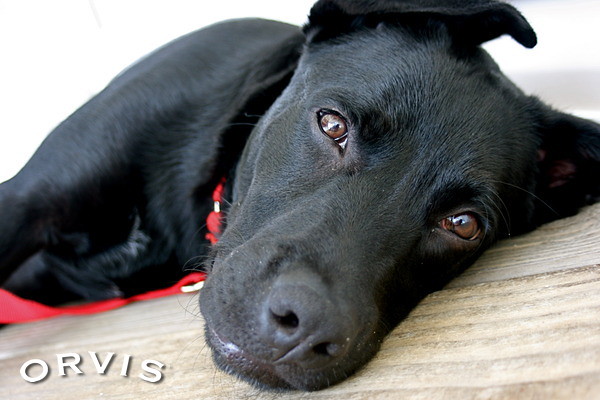 Reed has a person name, which means he’s as important as a human.
Photo by Thomas, Greenville

Have you ever stopped to consider what your dog’s name says about you and your feelings about him or her? An article on The Dodo takes a look at the list of most popular dog names from 2014 and tries to make a few assumptions about folks based on what they call their pooches. Here’s a taste:

Pop culture name
You consider yourself pretty trendy. You might be a little nerdy sometimes (anyone out there have a dog named Yoda?), but you’re always in tune with what’s happening in the world of pop culture: what movies are coming out, which celebrities have recently screwed up, etc. Some highlights from the from top 10 pop culture dog names include Dexter (from the TV show “Dexter”) and Piper (from the TV show “Orange Is the New Black”).

To you, it only makes sense to name your dog after one of your favorite movies or fantasy book series. With that kind of name, you know your dog will essentially become the coolest dog around. Maybe he’ll even become the next big thing. Quick, where’s your camera?!

What do you think? My dog is named Pedey after the shortstop for the Boston Red Sox, Dustin Pedroia. The Sox had just won the World Series when we got the dog from a local rescue, so it seemed a no-brainer.

One thought on “What Does Your Dog’s Name Say About YOU?”