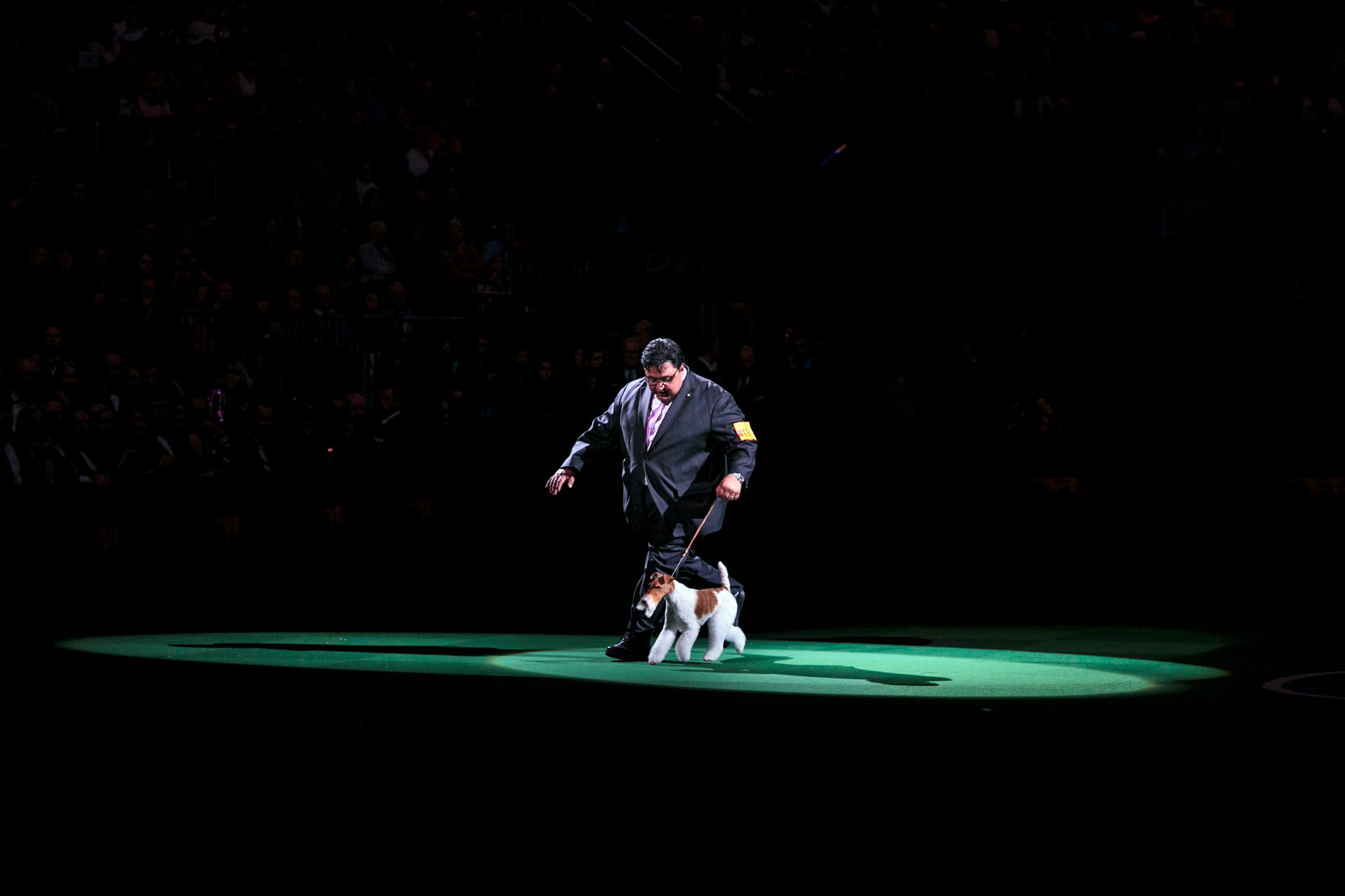 At the finale of the Best in Show competition at the Westminster Kennel Club, the last dog standing was a a 5-year-old Wire Fox Terrier named Sky. Judge Betty Regina Leininger also singled out some other finalists for praise: a Cardigan Welsh Corgi named Coco Posh; an Irish Water Spaniel named Riley; and a Portuguese Water Dog named Matisse. But it was definitely Sky’s night:

“She just said, ‘Pick me,’ ” she said at a news conference with Sky and Rangel. “She is a beautiful wire. She really made us proud.”