Last week, we posted about an airline that didn’t know how to deal with a service animal, but here’s an even more appalling story. Janet Sinclair was moving from California to Massachusetts, and she flew with her dog and cat. She had them examined before they left, and she paid extra for United’s “PetSafe” program that promises personal handling and that the animals will be held in an air-conditioned van during layovers. That did not happen.

Sinclair documented the poor treatment of her animals, which were left on a hot tarmac for hours at a time in heat in excess of 85 degrees. When they landed, her dog, Sedona, was barely alive and in full heat stroke, and her kennel was a mess of blood and feces. The dog required $2,700 in veterinary care, including a stay in intensive care.

United Airlines claimed that Sedona had a pre-existing condition, but they did offer to reimburse Sinclair for the vet bills—but only if she signed a non-disclosure agreement, which would keep her from talking about the incident. She refused, and she has spent the last week telling others about her horrifying experience. 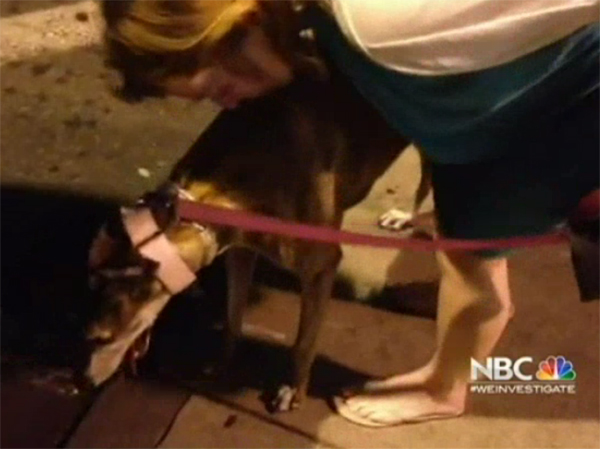 After the flight, Sedona was on death’s door.

One thought on “Woman Claims Her Dog Almost Died on a Flight, Yet Airline Tries to Silence Her”