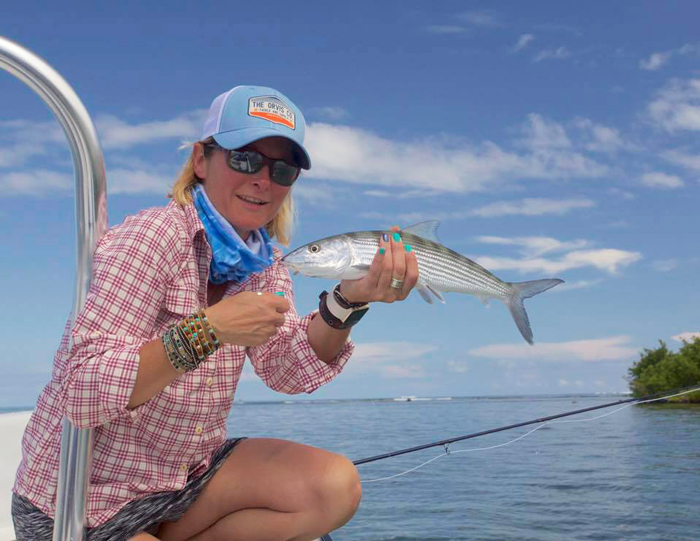 Jen Ripple is one of the premier voices for women in fly fishing.
Photo via Facebook

Last year, The Orvis Company launched 50/50 on the Water, an aggressive initiative to introduce more women to the sport we love and to promote those already making a mark in the fly-fishing world. As the father of a fly-fishing daughter, I enthusiastically support the mission, and I always enjoy having women clients in my boat. Over the next few months, I will profile some of the most influential people in fly fishing who are trying to get women involved in the sport.

I met Jen Ripple, editor of DUN Magazine, many years ago while the publication was in its infancy.  Jen’s passion for fly fishing has propelled Dun Magazine from an online magazine that seemed like a pretty cool idea at the time to what is now a tour de force for women in fly fishing. It’s not just for women either. The photography, articles, and subject matter offer something for everyone, and it has sparked an important dialog within the sport, which needs to happen. It is in everyone’s best interest to make fly fishing an inclusive sport instead of an exclusive one, and  Jen Ripple has been instrumental in working toward this goal.

1. How, when, and who got you started in fly fishing?
I started tying flies one really cold winter, when I was living in Ann Arbor, Michigan. I walked into Colton Bay Outfitters and fell in love with fly fishing. I guess you could say I got myself into fly fishing. I started fishing as soon as the ice was off the Huron River that next spring.

2. Tell me about Dun and the journey that the magazine has taken you on?
DUN is an international women’s fly-fishing magazine that specializes in telling the everyday anglers’ story. It’s been quite a ride. I’ve seen the magazine grow from birth through infancy, and now into our second year of print, we are in big box stores like Barnes & Noble and Books-a-Million, as well as Orvis stores and fly shops around the nation.

3. Why do you think that it has taken this long to really see those numbers grow at such an increasing rate?
I think women have always been in the sport in numbers but haven’t been as vocal. Now we’ve given them a platform to tell their stories, and the snowball effect has been evident. The more women get involved, the more it encourages more women to get involved. And, of course, once we get involved in fly fishing – well that’s a downward spiral of obsession we don’t need to talk about.

4. Give me a life lesson you have learned from fly fishing?
No matter what our differences, we can leave them on the bank of the river. Fly fishing is a cohesive sport and has the power to bring people together. 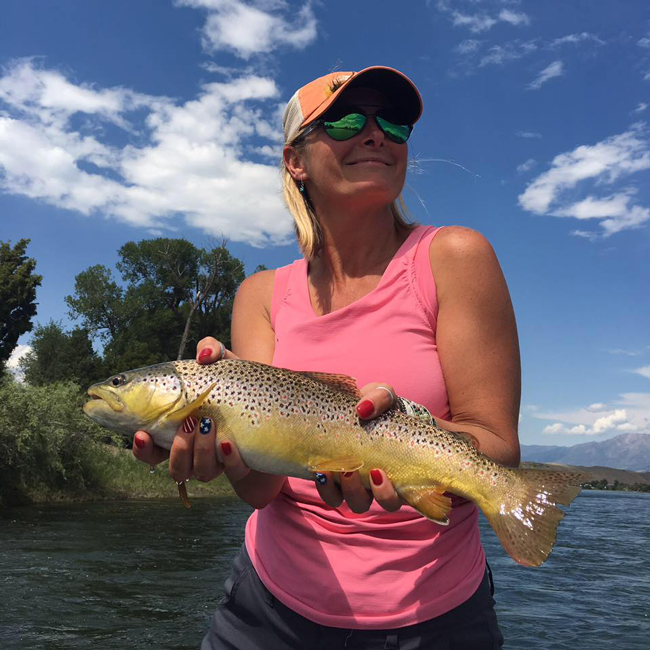 5. What is your favorite piece of fly fishing equipment and why?
My Yeti Panga, if you can count that as fly-fishing equipment. Not only do I use it as my checked bag whenever I travel, but that thing literally saved my life. Anyone who has ever fished with me knows that I tend to fall in the river or off a drift boat A LOT. I once fell in a huge river. My waders filled with water in a split second, and it was COLD. I was being swept downstream, but had the Panga on my back. I flipped it around forward and used it like a life preserver until I got to shore. I’m a strong swimmer, but that was scary. I was really in trouble. I’ll forever love that bag. If that’s not considered a piece of fly fishing equipment, then I would have to say my Helios 3. It’s my go to rod now, and I can’t wait to see it perform in Belize in March. It’s such a slick rod.

6. Why is Fly Fishing a great sport for women?
Fly fishing is one of the few sports where you don’t have to be great at it or in perfect shape to enjoy it. It doesn’t matter if you’re old or young, or if you make the perfect cast; it’s still a lot of fun. Fly fishing is a beautiful art form, and women take to that. I think it’s a great sport for women because women are much more about the experience than they are about the catch.

7. Favorite fish and why?
Smallmouth bass. It’s the species I learned to fish for first in the Huron River. For me, it will always hold a special place in my heart.

8. What are your thoughts on social media? Has it helped or hurt?
There’s no doubt there is a lot of controversy over social media and women in our sport these days. Social media has absolutely helped women in the sport–and the sport as a whole. There are groups popping up all over the world, and social media has helped to connect anglers–and in specific women anglers–like no time before. I know it’s helped grow our magazine, for sure. We would not be where we are today as a magazine had there been no such thing as social media. That being said, it’s easy for someone in their home office to spout off and say things that aren’t nice on social media, and we all see that every day.

This year, DUN has a project called Positive Policy 2018. We want people to take a step back and think twice before they say something negative to someone else online. There is enough of that. It’s time for us to take the high road. And if you simply can’t stand what someone else stands for online, there’s this little button called “unfollow.” Just do that. Spouting negativity online only makes you look like a small person. 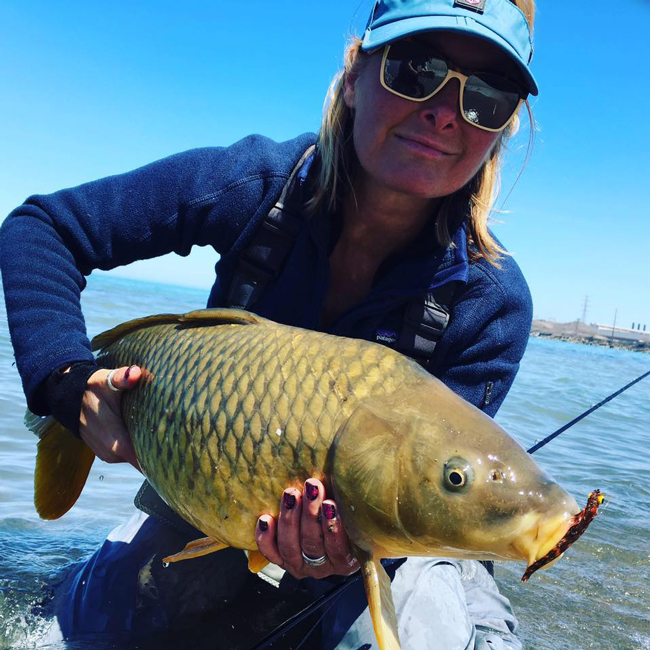 This Midwestern carp fell for a sculpin pattern.
Photo via Facebook

10. What are your thoughts on the industry’s response to the women’s growth in the sport?
It’s about damn time! I think it’s awesome. It’s been a long time in the making, but with great companies like Orvis and their 50/50 on the Water and other companies like Patagonia stepping forward and heeding the call, we are coming into our own.

11. What is the future you see for DUN and what do you see as hurdles that need to be overcome both at Dun and the women’s movement in fly fishing?
The future of DUN is bright. We have doubled our production numbers for our spring edition, we are adding a video section and possibly even a TV show to the mix. It’s going to be a great year. As far as the hurdles, I think fly fishing itself is going to face some hurdles if we continue to remain exclusive as a sport instead of inclusive. I’m not talking about the man-woman thing. I’m talking about getting people who fish interested in fly fishing. I think if we can put a fly rod into the hands of conventional anglers who already love to fish and know a lot about fishing, then we will continue to grow.

Kip Vieth is a former Orvis Trout Bum of the Week who owns Wildwood Float Trips, in Monticello, Minnesota. Check out his excellent “10 Tips for Catching a Musky on a Fly.” 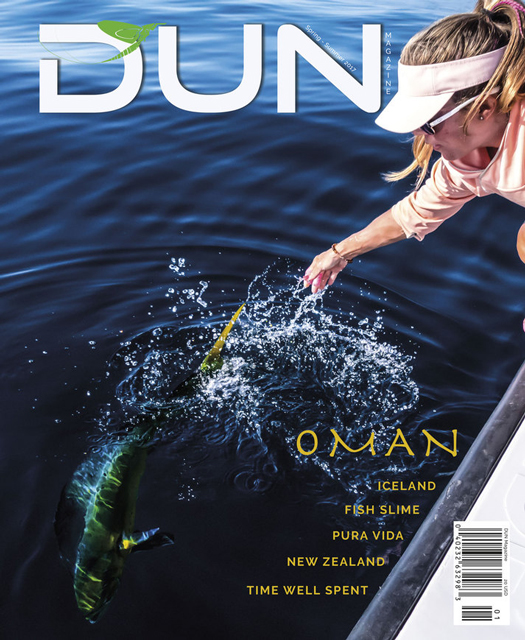 4 thoughts on “11 Questions with Jen Ripple of Dun Magazine”