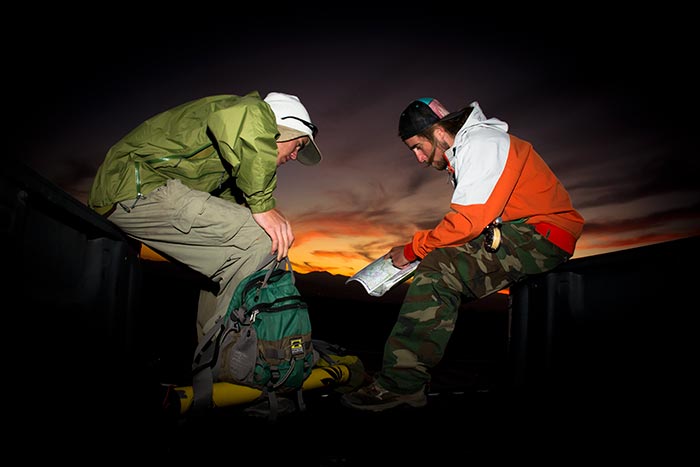 Ian and Neil Provo plan their next expedition into the backcountry.
Photo by Sean Kerrick Sullivan

In late 2012, Ian and Neil Provo released their film “Steelhead & Spines,” about an amazing trip to Southeast Alaska to do some backcountry fly-fishing for steelhead and find the perfect untouched “spines” for skiing and snowboarding. (They’ve since made a second installment.) Fly-fishing filmmakers had long been inspired by the works of Warren Miller and other snow-sports auteurs, but the Provo Bros. were the first to combine the two sports in a major production. They recently filmed a similar adventure on the rivers and in the mountains of Bolivia. You can check out their videos at vimeo.com/provobros. Ian answered our questions via email.

1. When, where, and how did you start fly fishing?
Both Neil and I started fly-fishing around 2003, when I was 15 and he was 13. We had been living in Utah for a few years, and started getting into backpacking during the summer months to kill time between ski seasons. We always found ourselves camped out in the Uinta Mountains, next to some pristine river or lake that was full of trout. Seeing an opportunity to make backpacking even more fun, and to pick up a new hobby that we’d always wanted to try, we bought our first fly rods. I still remember one of the first trips when everything clicked, and I finally made the distinction between nymphs and dry flies and what they were used for. Almost every summer, I make my way back to the same beaver pond where I developed my passion for fly fishing with a little golden stone nymph.

2. You’re an East Coast native: when and why did you move to the Rockies?
Ironically, we spent our childhood living near the Farmington River in Connecticut, which we’ve since learned is one of the best trout streams in the state, but we didn’t fish back then. There was also a little ski hill called Ski Sundown, where our mom was on the ski patrol, and that’s where our passion for skiing and boarding developed. When our folks split up, my Pop decided to move out to Utah, knowing very well that his boys might follow him. I gave up my life in Connecticut to start learning about the mountains, and it was the best decision I’ve ever made, still to this day. 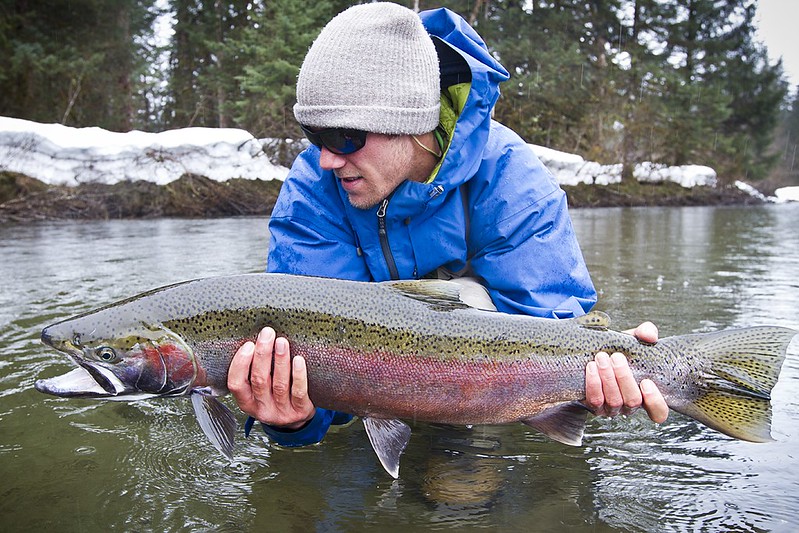 Neil Provo cradles the biggest fish of his life and the culmination of years of planning.
Photo by Ian Provo

3. How did you get your start in filmmaking? Did you start shooting fishing or skiing?
I’ve always been interested in photography. When I was young, I would spend hours just thumbing through my parents’ National Geographic magazines looking at photos. I bought my first SLR camera when I was about 17 as a way to start documenting the adventures that my friends and I were having in the mountains. At the time, we were all aspiring to become professional riders, to make skiing and snowboarding an even bigger part of our lives. My best friend had a video camera, and we loved the idea of making our own images, without having to rely on some big production company. Around 2008, the first SLR still cameras with video capabilities were released, and that’s when I started shooting moving images as well. One of the first videos we produced went viral on the internet, with nearly a half million views in a short time, and it really helped jumpstart our careers as film makers and photographers.

4. What do you see as the main intersections of the fly-fishing and skiing/boarding worlds?
Just about every ski town in the western U.S is within close proximity to some epic fly-fishing. Almost every trout bum I meet is also a die-hard skier or snowboarder, and now I’ve started to see many dedicated snow junkies begin to fly fish during the off season. I often find myself skiing and fishing in the same remote, backcountry areas, so the connection between the two is very clear. At least where I live in Utah, if there wasn’t any snow, there would be no fish; it’s as simple as that. I see more and more skiers getting into fly-fishing as they realize what kind of potential lies within the mountains they love so much for skiing. What started as a way for me to pass the time between ski seasons, has grown into a full blown addiction. Now when the snow melts I no longer get depressed, because I know that soon enough the bugs will be popping and the fish will be in a full on feeding frenzy until the snows return again in the fall.

5. What’s next for the Provo Bros?
My brother and I are always dreaming about the next adventure. Luckily, we live in a place where we don’t have to travel very far to find what we are looking for. There is enough skiing and fishing in our backyard to keep us busy for many lifetimes, but lately, our desire to explore new and exotic locations has our imaginations running wild. If we’re lucky, maybe we can continue to see the world in pursuit of beautiful mountains to ride, and water to cast a fly. Maybe New Zealand? For now, as the snow melts in Utah and the runoff begins, all we can do is prepare our fly boxes for the first big hatch of the summer, the green drakes.

One thought on “5 Questions with the Provo Brothers: Bridging the Worlds of Snow Sports and Fly Fishing”