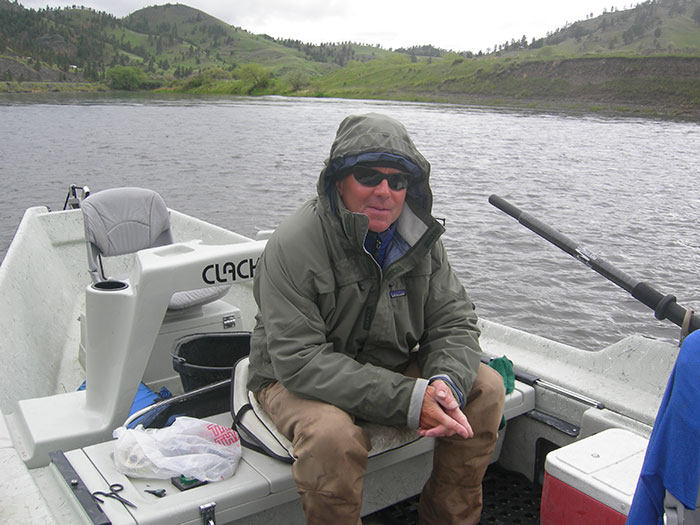 Tim Linehan has now spent more than half his life on the rivers of northwestern Montana.
Photo courtesy Tim Linehan

A quarter-century ago, Tim Linehan did something that so many Eastern anglers have dreamed of: he packed everything he owned into his car and moved to Montana to become a fly-fishing guide. He and his wife, Joanne, operate Linehan Outfitting Co. in the Yaak Valley, near Troy, Montana. Tim and I have been pals since we bonded over our shared Granite State roots, and he agreed to answer some questions about his life in fly fishing.

1. When, where, and how did you start fly fishing?
I grew up in New London, New Hampshire, and as they were for lots of kids in rural areas at that time, hunting and fishing were at least part-time activities. For my sixteenth birthday, my folks bought me a Berkley fly-rod-and-reel combination, and from that point, I went crazy for the sport. I was very fortunate to have a mentor, a man by the name of David Seybold, who is an accomplished writer/editor and to this day one of the finest anglers I know. David is literally responsible for the foundation of my fly-fishing knowledge.

2. How and why did you leave New Hampshire for Montana? Why the Yaak Valley?
A few years after I graduated from the University of New Hampshire, I was working on weekends at the North Country Angler in North Conway, helping with their schools. The quasi-guiding gig opened up a whole new world, and I remember wondering if I was even capable of becoming a real guide. That winter, I contacted some folks and miraculously landed a job in Twin Bridges, Montana, which frankly thrilled and frightened me at the same time.

I drove out via the northern route and stopped here in the Yaak Valley to visit a friend of a friend. I immediately fell in love with this extreme northwestern corner of the state, since it looks and feels very much like New England in many ways. . .kind of like Maine on steroids. Needless to say, I never left this place, never made it down to Twin Bridges, and have been here now for over half my life. 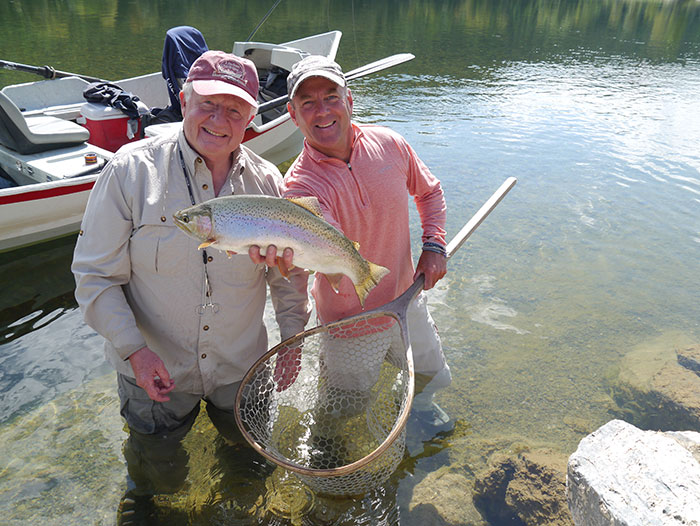 3. How did you get into guiding, and how did you decide to start your own outfitting business?
As I mentioned above, working at the North Country Angler fly fishing schools gave me a glimpse into what being a guide might be like. At the time, I honestly never thought becoming a Montana guide was in the realm of possibility. Fate and luck are largely responsible for my career. I showed up here in this little place called Yaak, and lo and behold there was a hunting and fishing lodge here, run by Bill and Judy McAfee, who were looking to expand their fly-fishing operation. They ran a terrific, successful operation, but I had always largely worked for myself, and much prefer to be responsible for my own destiny. After a few years with McAfee Lodge/Outfitting, Joanne and I decided to give it go for ourselves. We’ve been broke but happy ever since.

4. What are the biggest challenges facing an outfitter these days? What do you love most about your job?
The biggest challenges facing an outfitter these days are increased cost and staying visible and relevant from a marketing point of view. As with other small, family-owned and -operated businesses, it’s difficult to consistently maintain a viable profit margin. Operating costs rise annually, so it becomes a constant dance between raising rates and being careful not to price yourself out of your market. The standard cost of living adjustment would make obvious sense. But that would mean justifying increased rates every year, and that brings its own set of issues relative to return guests who have been loyal and are greatly appreciated.

Staying relative from a marketing point of view has also changed dramatically, what with the vastness of the Internet, social media, video, and the like. Twenty years ago, the industry relied primarily on magazine ads and trade shows for marketing and sales. Today, the marketing options are essentially unlimited. Where and how to spend marketing time and dollars has become much more complicated, and it’s much more difficult to determine the return on investment in each specific arena, as well.

Honestly, what I like most about my job is that when I’m on the water, my mind is quiet and the noise in my head is stilled. 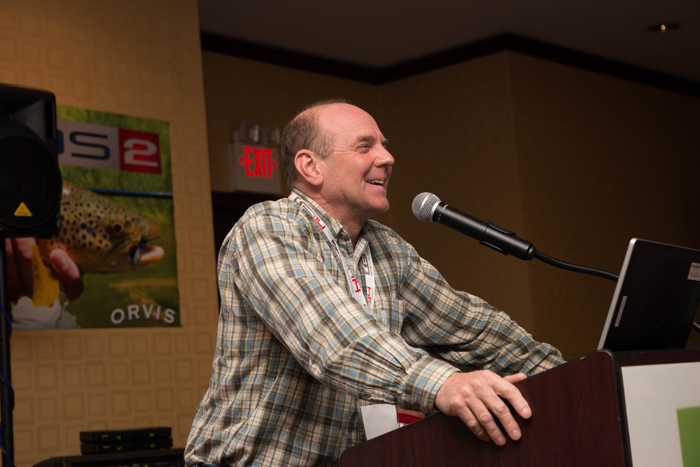 5. What advice could you give someone who thinks they’d like to follow in your footsteps and become a guide/oufitter?
The first thing I’d tell someone who thinks they’d like to become a guide/outfitter is that it’s honestly darn hard work, darn long hours, and not always necessarily what you think it might be. So be prepared. I’d also suggest they treat it like a business because you have to make more than you spend at the end of the day. The trout bum thing only works for so long, and then, unless you have another source of income, the bills have to be paid. Lastly, if I can do it, anyone can do it.

13 thoughts on “5 Questions with Tim Linehan: A Fly-Fishing Life in Northwestern Montana”