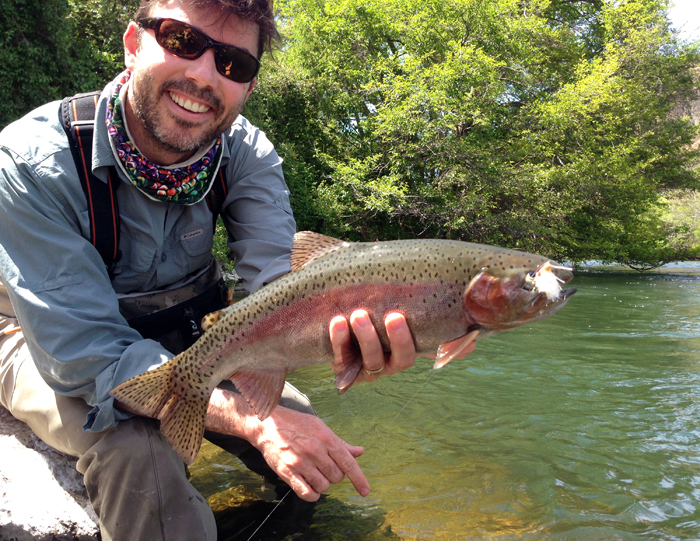 This gorgeous Deschutes rainbow fell for a Chubby Chernobyl.
Photo by Damien Nurre

Skwalas are a smallish (sizes 8-10) olive-bodied stonefly, which become active in late winter or early spring, as the water temperatures begin to push into the 40-degree range. These bugs provide the first sizable meals of the season for western trout, and fishing the Skwala hatch offers you the opportunity to cast to some of the largest fish in the river. Below are some of our favorite Skwala imitations for both surface and sub-surface fishing. 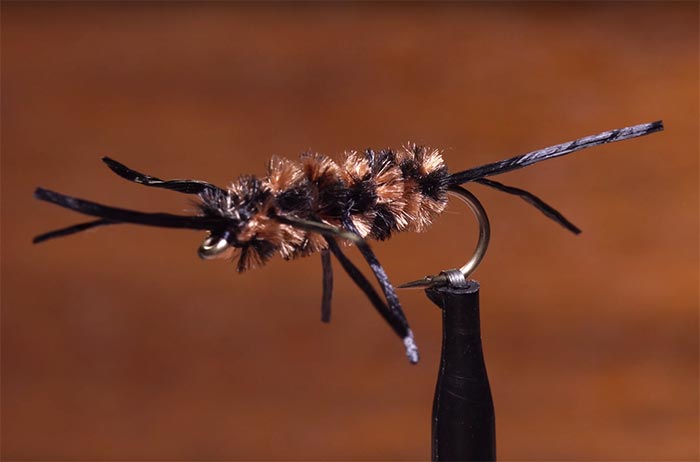 1. Pat’s Stone
An olive Pat’s is pretty hard to beat when the fish are keyed in on Skwala nymphs below the surface. This is a simple fly to tie, although it is incredibly effective with lots of movement from the wiggly legs, and a great profile. Try dropping a pink or red San Juan Worm off the back late in the winter or when the water is off-color. 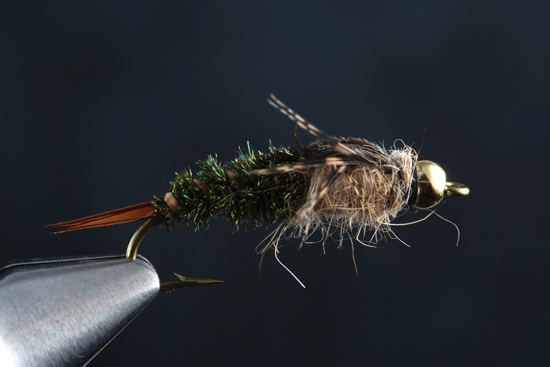 2. 20-Incher Stone
The 20-Incher is another great stonefly nymph, and it’s a go-to pattern for many of our guides later in March, when there are still nymphs in the drift, but the fish have seen plenty of olive Pat’s floating by. The 20-Incher does not provide as much movement as stones with rubber legs, but it has a great profile and can fish well dropped off the back of a high-floating dry.

3. Chubby Chernobyl
This is a great dry-fly for early in the hatch, when the fish are aggressive and haven’t been caught on top yet. It’s easy to tie (and see!), and you will usually find plenty of Olive Chubbies in our guides’ boxes during the month of March. This is also a great pattern from which to dangle a smaller stonefly nymph or Pheasant Tail Nymph, due to its ability to float anything short of an anvil. 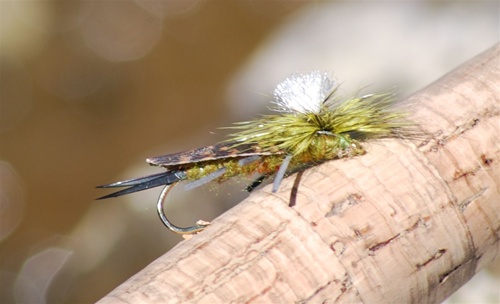 4. Skwalameister
A low-floating parachute-style pattern, the Skwalameister is perfect for picky fish. Oftentimes our guides will trail a Skwalameister about a foot behind an olive Chubby, using the Chernobyl as an indicator for the less visible ‘Meister. 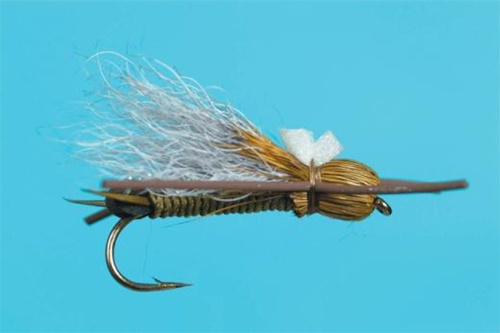 5. Bullethead Skwala
This is another great low-riding pattern, and it’s perfect for fishing in late March or early April, when the fish have seen plenty of big, gaudy dries. When you’re sight-fishing to an actively feeding fish, the Bullethead is hard to beat, especially with the occasional twitch thrown into an otherwise dead-drift.

Mike Canady is the owner of Ellensburg Angler, the 2016 Orvis-Endorsed Fly Fishing Outfitter of the Year.