What does a three-time Super Bowl Champion do during the NFL lockout (besides work out at Boston College)? What any one of us rational folks do: fish.

On Memorial Day, I fished with Matt Light of the New England Patriots and two other avid anglers, Russ Kessler and Ed Lombardo, Sr. For the past few years, Orvis has been proud to help support Matt’s great charitable cause, The Light Foundation.

The foundation teaches kids outdoor skills such as fishing, shooting, and hunting to help them become responsible and successful citizens. It is a great organization that has made a difference in the lives of scores of kids. Orvis has also donated to the fundraising auction at The Matt Light Celebrity Shoot Out held every September for the past six years, where Matt’s teammates like Tom Brady, Dan Koppen, Jarod Mayo, Wes Welker, and others spend a day shooting clays with shooters who pay for teams.

Matt, Russ, Ed and I met in Rhode Island about a half hour from Foxboro, MA, and Ed took us to a great stream that he’s fished for years and knows as well as anyone. It was a little gem of an Eastern spring creek that wound its way through shaded woods with plenty of blowdowns and banks for cover, and riffles and smooth seams perfect for dry flies. However, the day started out with a hard downpour that kept the fish down a good deal of the morning, and streamers proved to be the key early on.

Matt’s an outdoor addict who hunts for turkeys and whitetails with a traditional bow, and fishes every chance he gets. He’s fly-fished for steelhead from a drift boat on the Salmon River in New York, but his love and addiction is for bass fishing with a spin rod. You’d not have known that though, since he got the hang of casting a fly in tight, difficult quarters very quickly and caught a couple brookies on top. I told him he picked it up fast, seemed to have good coordination, and asked if he’d ever played any sports. 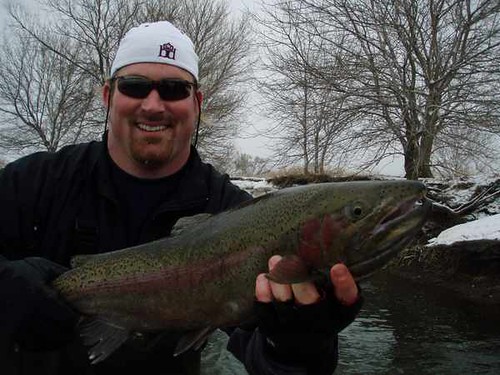 I’d gone to Matt’s Shoot Out before and shot with him at Sandanona Shooting Grounds, and like then, we spent a good deal of the day swapping outdoor stories, from turkey and deer hunts (his 9-year old daughter had just shot her first turkey this May) to lemon sharks eating bonefish in half and alligator hunts in Houston.

It’s clear Matt loves the outdoors and his foundation. I’m sure he hopes the lockout ends soon, so he and the Patriots can make another run at the playoffs in 2011. But, if he finds himself with free time, I know some great bass fishing in Vermont I am certain would help pass the time. 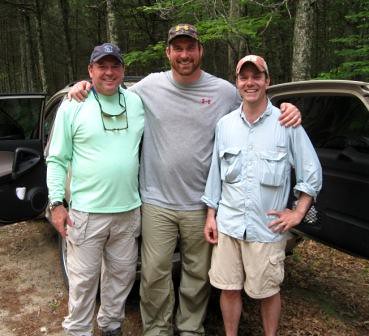 Russ Kessler, Matt Light, and Eric Rickstad
after a day of fishing 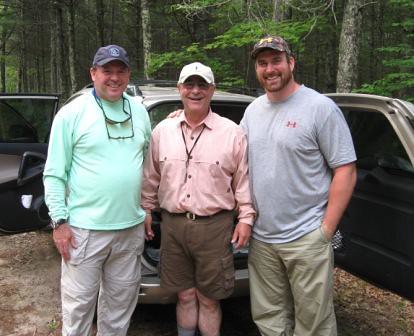