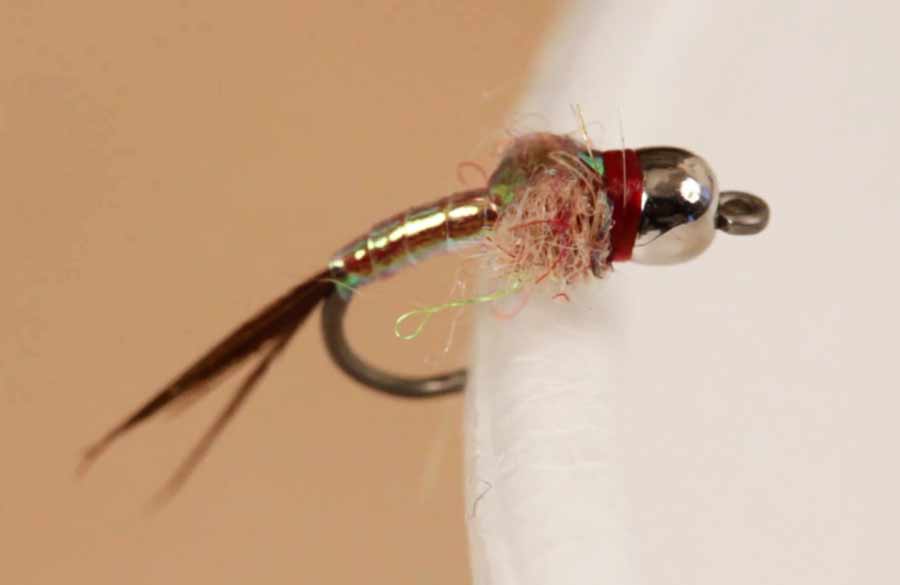 Utah fly fisherman Lance Egan is one of the more decorated anglers in the U.S., having won everything from the ESPN Great Outdoor Games, to the National Fly Fishing Championships and the Utah Single Fly (Green River). He’s also been a member of Fly Fishing Team USA since 2003, competing around the world. Really, the list of his accomplishments on his Facebook page is frightening. So when he says a fly pattern works, you should listen, as Tim Flagler clearly did before making the video below.

According to Egan, the Rainbow Warrior was a “try me” fly: an experiment he whipped up without really knowing how it would perform. Here’s the story as he wrote it on the Trout Legend website:

I tied four size 18 Pearl Warriors one night, placed them in my nymph box, and there they sat for at least a year. One day on the Provo River, I was struggling. I was catching the odd trout, but I could see fish actively feeding near the bottom, and my go-to patterns were not producing as many fish as I thought I should be catching, based on the feeding level of the trout. At this point, I start into the “try me” patterns. I tied a few others on first, but they didn’t produce any better than my go-to flies. Finally I put on a Rainbow Warrior. Three of these flies turned my 8ish-fish day into a 40-fish day. I kept one of the flies unharmed to ensure I could duplicate them! The warrior has since become one of my go-to patterns. I’ve taken fish on it from New Zealand to Alaska. It works surprisingly well in all water conditions, yes even in clear water; I know it is too flashy, but it works.

In this easy-to-follow video, Tim Flagler of Tightline Productions walks you through the steps to create a pearl-and-red version of the fly, but Egan also ties all-pearl and pearl-and-black Rainbow Warriors, too.

11 thoughts on “Video: How to Tie the Rainbow Warrior”